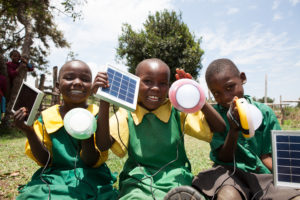 The Organization of African Unity (OAU) officially disbanded on July 9, 2002. OAU accomplished its primary goal after nearly 40 years: independence. Nearly every former European colony on the African continent had gained its sovereignty in the decades following the end of the Second World War. The replacement for the OAU came in the form of the African Union (AU). It is a new continental organization born to continue and expand on the work of the OAU. In addition, the AU created Agenda 2063 as a part of the 50th anniversary of the OAU.

The African Union is a sort of ‘United Nations’, exclusive to the African continent. Consisting of 55 member states with its headquarters in Addis Ababa, Ethiopia, the AU was founded on the basis of Pan-Africanism. Pan-Africanism is the ideal of collaboration and unity among all people of African descent, whether they live on the continent or not.

The AU came into being at a time of great change in the world order. African leaders found themselves struggling to keep up with current affairs and often react rather than govern. The various heads of state of the members of the AU ultimately decided that they needed a plan to make Africa the global player they believed it truly could be. As a result, they created Agenda 2063.

Each of the Seven Aspirations makes up a key to Africa’s future on the world stage, particularly at its inception in 2013. Seven years on, each of Africa’s five regions is still working towards completing all of the aspirations. Some regions have had more success with some aspirations than others. However, it is important to note how much progress has been made and how much more there is to go.

Southern Africa has made significant progress in Aspirations one, two and four. Protected fresh waters sites have become widely available across the region. Internet access has increased by over 200% since the Agenda was introduced. Additionally, all Southern African states have established stable peace and security councils in their respective governments. Good progress has been made in these areas. However, Southern Africa has not devoted as many resources to advancing in Aspiration five, which is crucial to an educated and culturally strong Africa.

In East Africa, notable progress has been made under Aspirations four and six. Similar to Southern Africa, East Africa established responsive security councils across the region. This contributed to a drastic decrease in armed conflicts in the coastal areas, where piracy had been a major issue for years. Furthermore, the number of women with access to sexual health and reproductive services has seen a large increase since 2013. Despite this, Aspiration three has not seen much progress. Several states have not been able to establish heavily influential governmental institutions to get a handle on, for example, human rights issues.

West Africa has seen substantial advancement in Aspiration two and four since the inception of Agenda 2063. The tourism industry in West Africa has seen substantial growth over the last seven years, as have fishery industries in the coastal nations. Regional access to electricity saw its highest increase in 2019. With these successes, progress has stalled in other areas, particularly in Aspiration three and five. In a region that has great agricultural potential, reports have noted that attempts to revitalize this industry have failed to meet set targets in 2019.

Of the five regions, Central Africa has seen the lowest amount of progress across the Seven Aspirations. The only tenet where some significant headway has been made is Aspiration two. Similarly to West Africa, many more families have access to electricity as well as the internet. Little to no progress has been made in most of the other objectives, particularly in Aspiration six and seven. This is due in part to low enrollment in primary and secondary education across the region.

In North Africa, serious progress has been in Aspirations two and four. Notably, the number of malnourished children under the age of 5 in the region has been reduced by 97% since introducing the Agenda. In addition, the rates of malaria and tuberculosis have seen a remarkable decline, exceeding their 2019 target. However, more progress is needed in Aspiration five and six. The number of women facing violence and discrimination in the region has not seen the decreases projected in 2019.

Overall, the progress on Agenda 2063 across the continent has been focused primarily on governmental destabilization, defense and security in each of the five regions. Most states have set up individual security councils and work with one another to preserve peace and settle conflicts. On the other hand, the areas of the Agenda that have seen the least amount of progress include human rights, democracy and education in Africa’s rich culture and heritage. Individual states have held back resources that could be spent on educating their youth and preparing them for the future. This can make the continent more secure in terms of security and defense. While there is still undoubtedly a long way to go before Agenda 2063 is achieved, the progress made in the last seven years is noteworthy.