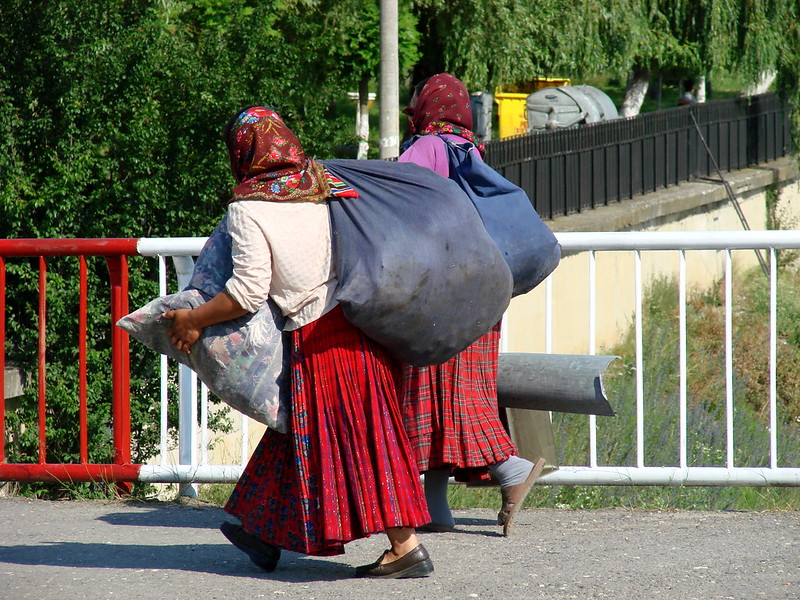 Bucharest, the capital of Romania, is a vibrant urban city with booming contemporary institutions and a greater income per capita than the European Union average. However, there remains a population of individuals that do not benefit from Bucharest’s expanding economy: the Roma. Poverty among the Roma in Bucharest is of particular concern. According to Brookings, the Roma in Romania face an employment rate of about 72% and endure a poverty rate of almost 70%.

Who Are the Roma People?

Scholars agree that the Roma people’s ancestors immigrated to Europe from the Punjab region of Northern India, across “what is now Iran, Armenia and Turkey.” From the ninth century forward, the Roma progressively expanded throughout Europe.

As a nomadic group traveling with few essentials or assets, the Roma face widespread marginalization in Europe. Dating back to the 14th century, some of the Roma arrived in Bucharest, Romania, where they became slaves of the state, institutions or private people. In 1860, the Roma became free but they still relied completely on the state and landowners for sustenance and survival. Some Roma attempted to break this dependency by banding together in clans and migrating.

The Roma in Bucharest

The European Union (EU) is home to “between 10 million and 12 million Roma” people. According to the Council of Europe, roughly 1.85 million Roma reside in Romania and make up 8.32% of the population. These are all preliminary estimates because the Roma people usually choose to reveal their ethnicity only to other Roma people. This renders it challenging to estimate the actual number of Roma people in Romania’s capital of Bucharest, although there is no uncertainty that a considerable number of Roma people reside in Bucharest.

The Roma people live and travel in close-knit groups with large families. The Roma are one of Europe’s most prominent ethnic minorities. Aside from these characteristics, people know very little about the Roma people; they speak their own language, which is undocumented, they have unique traditions and they keep to themselves.

Poverty among the Roma in Bucharest is largely the most pressing issue within their communities. Seen as a “problem” within Bucharest, the Roma population reside in slums or ghettos where they live in close quarters with few possessions. In the slums, the Roma often live in squalor with minimal food or water.

The Roma people labor in very specific occupations such as fortune-telling, metalwork and agricultural work. Some, on the other hand, do not occupy genuine occupations, but instead, steal and swindle in order to supplement their income due to their circumstances of poverty. Because the Roma face high rates of unemployment, they end up with minimal means of survival.

Apart from marginalization, one of the main issues that greatly contributes to their circumstances of poverty is a lack of education. Because of a lack of documentation or identification, the Roma struggle to access education, health care and other essential services. The Roma experience profound deprivation across every standard —  education, employment and health.

In Bucharest, Europeans often refer to the Roma people as Gypsies, which is a discriminatory term when used by individuals of non-Roma descent. In fact, the term “Gypsy” is one of the most derogatory social labels in Europe, particularly in Romania. The discrimination the Roma endure also impacts their access to the necessary services and resources to live a better quality of life.

What is the Drug Problem?

Many Roma people in Bucharest rely on drugs to help them cope with their difficult circumstances. Drug use is common among individuals of all ages in Bucharest’s Roma ghettos. In an interview with author Max Daly, Dan Popescu, harm-reduction services coordinator at the Asociatia Romana Anti-SIDA (ARAS) said that “The general public’s attitude to the Roma and to the drug addicts is that we are wasting money on nothing, that it’s better to let them die than to help them.”

Due to their lack of legitimate identification, only 45% of the Roma have access to health care and welfare benefits. Roma drug users often use unclean needles, leaving their community with high rates of HIV and hepatitis C. The fact that authorities rarely acknowledge the Roma only exacerbates the situation.

The Romanian Harm Reduction Network (RHRN) aims to reduce “risky behaviors” linked with drug abuse “by increasing the degree of communication between partner organizations and improving the quality of services for drug users at the national level.” RHRN develops and encourages reforms aimed at facilitating the application of successful socioeconomic strategies and initiatives aimed at drug users and various socially marginalized subgroups.

To address the drug problem among people in Bucharest, the RHRN provides training to professionals to enhance their “capacity in harm reduction and HIV prevention service provision.” The curriculum covers topics such as syringe exchange initiatives and treatment with opiate substitutes as well as guidelines for communication and advocacy. These collective efforts ensure a more comprehensive response to the drug problem in Romania, with a particular focus on marginalized groups like the Roma.

Despite the fact that the Roma encounter poverty and oppression in Bucharest, various groups are working to help them rise out of poverty to become an empowered, self-sufficient and thriving population.