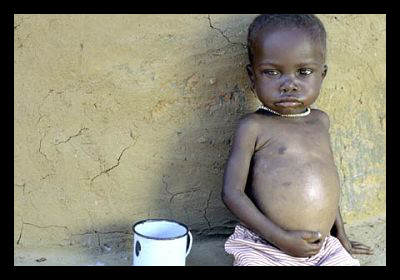 The world currently produces enough food to sustain the entire global population, yet nearly a billion people around the world still suffer every day from hunger. The U.S. alone could end global hunger with only $30 billion a year — a mere fraction of the $530 billion the U.S. spends annually on the military.

If we have the power to feed the world, it begs the question — why is hunger still such a monumental problem?

The primary and most obvious cause of hunger is poverty. While enough food exists to feed the world, a significant portion of the population still live in such abject poverty that they cannot afford even the most basic food items.

This creates an incessant poverty trap. The global poor can’t feed themselves or their families, so they become weak and malnourished which makes them unable to work. In turn, they fall deeper into poverty. This phenomenon is affecting millions of people around the world. Any solution to hunger must also be in part a solution to poverty.

Another major cause of hunger is natural disasters and climate change. Storms and droughts — both of which are on the rise — damage crops and lead to massive food shortages. Often, the poorest countries are the ones least equipped to deal with these disasters, and the greenhouse gases that lead to climate change originate from the richest countries.

One way to remedy this problem is to increase foreign investment in agriculture. By establishing adequate infrastructure, cultivating the land properly, managing water usage and ensuring storage facilities are used effectively, the fallout from natural disasters can be handled much more easily.

Finally, war represents another major cause of hunger. The most war-torn areas in the world also tend to suffer the most from hunger. In war, food is often used as a weapon. Farms and livestock are ravaged in an effort to starve the opposition into submission. In Africa, countries with the most conflict — like Somalia and the Democratic Republic of Congo — are often the hungriest. On the other hand, in more peaceful countries — like Ghana and Rwanda — hunger is on the decline.

There are a number of insidious causes to the problem of global hunger, but the good news is that all of them are preventable. First and foremost, the problem of hunger must be tackled by facing poverty head-on. From there, we should turn our attention away from feeding impoverished peoples through aid, and towards helping them become self-sustainable.