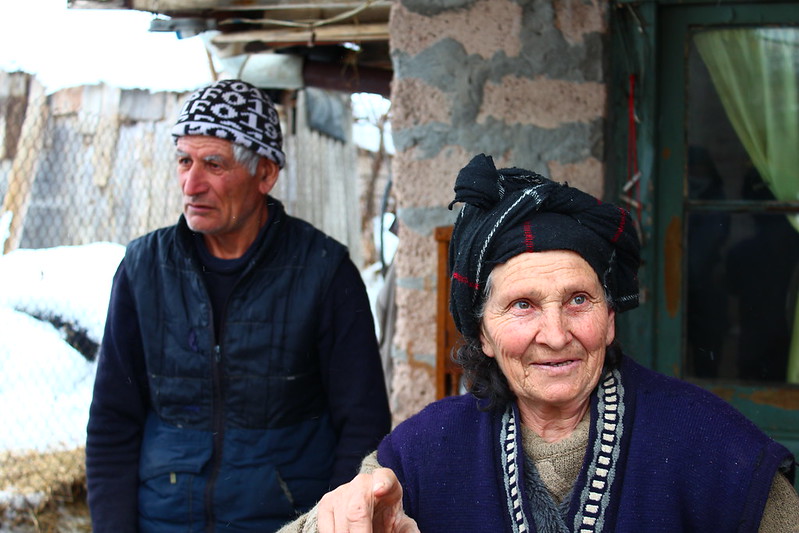 The Republic of Georgia is a small country located just below Russia and west of the Black Sea. Georgia gained its independence from the USSR in 1991 with the dissolution of the Soviet Union. It has a population of almost 4 million people. As of 2010, 9.2% live below the national poverty line, 50% use the internet and about 30% are unemployed.

Georgians’ livelihoods depend largely on cultivating agriculture and mining metals. Over half of the population works in agriculture. Though the country used to rely heavily on imported gas and oil, it now relies mostly on the use of hydropower. But there is another serious challenge facing the people of Georgia. Political and territorial conflicts have created a unique crisis in Georgia where thousands of people were forced to flee their homes, but have not crossed the border into another country. These people are known as internally displaced persons (IDPs).

A Fight Over Territory and Displacement

The Georgian government considers Abkhazia and South Ossetia as its territories, while the country also admits that South Ossetia is under the control of the Russian Occupation Army. After the dissolution of the USSR, both South Ossetia and Abkhazia formed separatist movements. This came to a head in a war between Russia and Georgia in Abkhazia in the early 1990s. This conflict caused massive numbers of Georgians, Abkhaz and Russians to be displaced from the region, becoming one of the first major instances of internally displaced persons in Georgia.

A similar conflict occurred again in 2008, where the Russo-Georgian war erupted for five days. The conflict caused thousands of people to become displaced internally. From South Ossetia alone, there were more than 200,000 IDPs. This created a second large wave of internally displaced persons in Georgia.

The hostilities over territory have made it difficult for Georgia to move closer to democratization and globalization. As a result, integration with the West and joining NATO and the EU are among Georgia’s top foreign policy goals. Georgia is also still working on addressing the two waves of internally displaced persons in – one from the conflict in early 1990 and another from The Russo-Georgian war.

One Georgian NGO is trying to find some sort of politically neutral peace between the conflict zones. The organization does so through the Geneva International Discussions (GID), building confidence among territories, and negotiating no-arm zones. The largest goal of the Georgia Relations Association (GRASS) is to protect Abkhazia. GRASS aims to protect the Abkhazi language and keep education in one’s native language. Unlike South Ossetia, Abkhazi does not seem interested in integrating into Russia.

GRASS elaborates on a recent victory: “Georgia signed the Association Agreement (AA), including the Deep and Comprehensive Free Trade Area (DCFTA), with the EU in 2014. It came into force in 2016. According to Article 429, the deal does not apply to the regions of Abkhazia and the Tskhinvali region/South Ossetia; however, the preamble of the same agreement explicitly states that the E.U. and Georgia are committed to providing the benefits of closer political association and economic integration of Georgia with the EU to all citizens of Georgia, including the communities divided by conflict.”

The United States ambassador to Georgia, Kelly Degnan, advocates for the demilitarization of conflict zones and borders. Especially in times of a pandemic, these regions must work together to save lives. Officially, the United States recognizes the Republic of Georgia, including the autonomous states, as a sovereign country.

“Everyone is Everybody’s Relative or Neighbor”

“This is a poor country with a small economy, we are all helping each other to survive, I sometimes say – everyone is everybody’s relative or neighbor and we know how to stand by,” Chikviladze said. “I am 31 and I have lived two wars since I was born. We might be used to it, used to extreme poverty, and used to the fact that ‘Big Bear’ [Russia] is always there.”

However, there are further signs of hope for internally displaced persons in Georgia. Legal Aid Service is a state organization that offers legal counsel to IDPs and other vulnerable citizens. Also, IDP Women’s Association “Consent” has a mission to create a peaceful and democratic society, particularly for women and IDPs.

The future of Georgia may be uncertain at the moment, but there is a silver lining when considering the efforts being put towards combatting the IDP crisis.