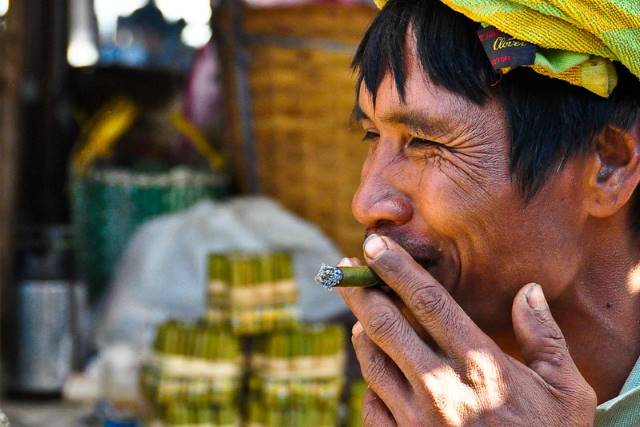 Myanmar has been suffering from an opium epidemic for decades. The country’s political instability and lack of economic opportunities outside of the world of illicit drugs are driving it. However, various initiatives are emerging to encourage another way of life. A French coffee company has emerged to give opium-producing communities hope and offer them an alternative livelihood.

The Opium Epidemic in Myanmar

Myanmar is the second-largest producer of opium in the world. The poppies the country produces end up as heroin, which is transported to neighboring countries. Alternatively, Myanmar citizens themselves purchase it for use. Opium use has historically been medicinal or traditional, with people offering it at ceremonies such as weddings. However, more serious drug-related issues have arisen. There are now many cases of HIV/AIDs and hepatitis C. This is due to the general switch to the more cost-effective manner of injecting heroin rather than smoking it, resulting in the unsanitary sharing of needles.

Due to the long-lasting political instability in the country, the health system collapsed whilst international aid dwindled as a political response to the deteriorating governance in Myanmar. In this time, the production and consumption of drugs also skyrocketed.

According to the United Nations Office on Drugs and Crime (UNODC), between 2006 and 2014, the production of opium increased from 240 tons to 670 tons per annum. This is due to a mix of factors, such as poppies being more lucrative than other crops. This resulted in a rise in living costs for these impoverished farmers. Ultimately, for many, there are no other viable means of making enough money. However, an initiative to fight the opium epidemic in Myanmar with coffee has emerged to make a difference.

In 2014, in an attempt to alleviate the opium epidemic in Myanmar, the UNODC set up the Green Gold Cooperative (GGC), which brings together many families from various villages in the Shan state to give them an alternative livelihood to opium production. Shan is a northern state of Myanmar, producing 90% of the country’s opium.

The cooperative provides a change in occupation for almost 1,000 farmers. In addition, it is giving the community social space facilities such as nurseries. This initiative works on several levels, including working to improve gender equality, with 50% of the administration board being women. The cooperative continues to evolve as a success story, having received its Fairtrade certification in 2019.

Malongo is a French coffee company, and in 2017, it formed a partnership with the GGC and the UNODC, subsequently launching its new Shan Mountain Coffee in 2019. For Malongo, this was not simply a charitable act to fight the opium epidemic in Myanmar with coffee. First and foremost, this was a business initiative as the company wanted to create a market alternative where the workers benefit from the added value of the high-quality coffee they produce, and, where consumers can be sure of the quality when purchasing it on the international market. Malongo, therefore, provided training for each stage of coffee production.

There were other substantial local benefits that came from this business initiative. Not only did it provide livelihoods, but it also increased peace through uniting different ethnic groups in the region that historically were in conflict to work together and leave poppy cultivation behind. These local groups can also consume their coffee, an evidently safer alternative to the opium they used to produce.

Coffee production has also helped environmentally as poppy cultivation brought about deforestation, soil erosion and decreased biodiversity. Now, many former poppy fields are becoming forests and the replacement production of coffee provides eco-friendly and sustainable crops. The farmers take great pride in coffee production. The particular coffee even became internationally sought out in top markets due to its high quality.

The Role of Foreign Aid

The importance of foreign aid in fighting the opium epidemic in Myanmar with coffee is unprecedented. Germany and Finland were the main financers of the development program, with Switzerland providing resources directly to the GGC.

USAID has also played a key role by giving technical assistance and market advice to locals since 2013, helping more than 8,000 farmers with the quality and sale of their coffee beans. This foreign aid has, in turn, meant these countries benefit directly from their work abroad as Myanmar now exports coffee to more than 16 countries, including the U.S.

These alternative production initiatives have significantly improved the economic, social and environmental situations for the farmers involved, and, overall opium poppy production is decreasing in Myanmar. This has served private sector interests as Malongo’s return from its investment is embodied in its high-quality coffee range. Additionally, countries such as the U.S. can now enjoy an emerging and increasingly stable trading partner in Myanmar. This initiative, benefiting all parties involved, is proof that public and private interests can overlap and bring about profound and long-lasting change in suffering communities.