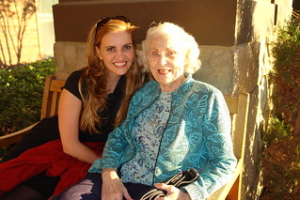 For many seniors, the act of volunteering at a local mission or community outreach center is simply a chance to give back to those less fortunate than themselves. However, based upon the results of a recent study, seniors might also want to consider the little known correlation between altruism, helping, volunteering, and happiness levels that result as an added bonus to their commitment to serve.
Researchers at Case Western Reserve University in Cleveland, Ohio conducted a longitudinal study in which they followed a group of 585 community living seniors over the course of three years. During the study, the research participants’ psychosocial well-being outcomes were measured in two waves; this included life satisfaction, positive effects, negative effects, and depressive symptoms. The results of the study – though expected – was nevertheless important in regards to quantifying the positive outcomes of certain behaviors in the elderly population. Subsequently, evidence emerged that overwhelming supported the link between seniors exhibiting higher traits of altruism, informal helping, and volunteering and happiness levels.
This research is great news for national and community service and can act as even more of an incentive for seniors to get involved in organizations such as The Borgen Project for the long term benefits of increased volunteering and happiness levels. Simply stated, by giving a little of their time and/or financial resources whenever possible, retired seniors can help win the war on global poverty.
– Brian Turner