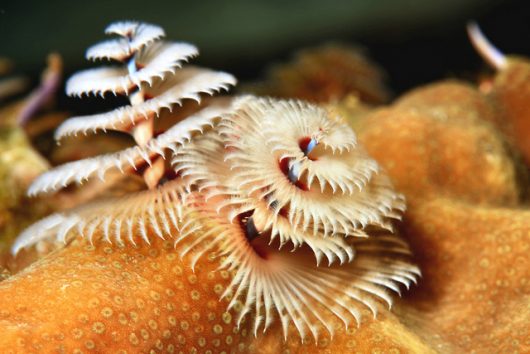 The Coral Reef Alliance (CORAL), an environmental non-profit based out of Oakland, CA, is working to protect the world’s coral reefs and the people who rely on them. Fiji, an archipelago over of 300 islands in the South Pacific, is one of four major regions where CORAL works. Fiji is of particular interest to CORAL because the island is home to 42 percent of the world’s coral species and contains upwards of 10,000 square kilometers of coral reef.

CORAL and the Kubulau Community

In 2005, CORAL formed an alliance with the Kubulau Community located on the island of Vanua Levu, north of Fiji’s principal island Viti Levu.  The Kubulau Community sought CORAL so as to improve management of the Namena Marine Reserve between these two islands and project the incredible biodiversity of the Fijian coral reefs.

Namena is the largest no-take marine protected area (MPA) in Fiji as it covers part of the traditional fishing grounds (or “qoliqoli”) of the Kubulau community. The people of Kubualu and CORAL recognized the environmental, cultural and economic benefits of ensuring longevity for their coral reefs. Over-fishing and poaching in their traditional fishing grounds, as well as an overall lack of management, threatened the livelihood and cultural values of the Kubulau people.

Alicia Srinivas, the Associate Program Manager for CORAL, described the deep connection between the coral reefs and the people of Kubualu, saying, “Coral reefs and these communities are inextricably linked; you can’t have one without the other.”

The creation of Namena and the fishing restrictions that accompany it — parts of it are no-take zones and in parts limited sustainable fishing is permitted — have ensured the area will remain a viable fishing source into the future.  Also, the protected marine environment attracts tourism, specifically scuba divers, which brings a new source of revenue to the Kubulau people.

An Alliance that Benefits the Community

With the support and assistance of CORAL, the Kubulau community formed the Kubualu Resource Management Committee (KRMC) in 2009.  This community-run committee works to protect the sea’s invaluable resources and also works to ensure that the Kubulau people themselves directly benefit from the Namena Marine Reserve.

KRMC and CORAL created a sustainable community fund, to which visitors to Namena are encouraged to donate.  In 2015 alone, visitors donated over $20,000 to the fund. The money goes toward environmental management as well as to the Kubualu Education Fund, which helps Kubulau children attend school. To date, scholarships have benefitted over 200 students.

Cyclone Winston hit Fiji in February of 2016. The largest tropical cyclone ever recorded, Winston’s damage was unparalleled with wind gusts topping 190 miles per hour. The Kubulau Community was particularly hard-hit; over 80 percent of homes there were destroyed.

The values of community and sustainability, and the money and resources of the improved management of the Namena Marine Reserve, helped the Kubulau community recover after Winston in a way not seen in most other Fijian communities ravaged by the storm.

Immediately after the storm ended, KRMC mobilized all able-bodied members of the community to begin clearing roads, assessing the damage and rebuilding homes. The community was able to begin rehabilitating their destroyed community before receiving any outside assistance because of the unity, organization and monetary resources brought by the creation of the Namena Marine Reserve and the KRMC to their community.

KRMC provided the leadership necessary for Kubulau to start rebuilding after the storm must faster than other Fijian communities without the same leadership or resources. In addition, revenue saved over the years from the voluntary dive fund — as well as $5,000 supporters of CORAL sent to Kubulau — helped the community finance its rebuilding.

CORAL hopes to replicate the incredible relationship it has with the Kubulau Community elsewhere in Fiji. In 2016, CORAL began working at three additional Fijian sites: Waivunia (on Vanua Levu), Ra (on Vita Levu) and Oneata (on a small island East of Viti Levu).  Srinivas says that CORAL is trying to create win-win situations for both the environment and the people of Fiji.

The win-win situation is evident in Kubulau where the Namena Marine Reserve is protecting coral reefs and issuing in a new era of fiscal and community stability for the Kubulau community. The Kubulau’s success in rebuilding after Winston is further proof of CORAL’s profound impact on this community.

A Resolution at Last? The Ethiopian-Eritrean Border Dispute10 Important Facts About Poverty in South America
Scroll to top