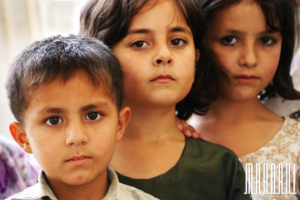 When a child has a fever, most parents expect it to be a cold or a mild virus. Many parents in the Sindhi province of Pakistan did not anticipate receiving such a severe diagnosis, but the results from their doctors were alarming: their children tested positive for HIV. On April 24th, 2019, 14 cases of HIV were discovered. Since July, over 894 people tested positive for the disease and almost 750 of them were children. The outbreak in Pakistan has increased the pressure on medical professionals to treat hundreds of new cases and fear among the people of Pakistan is growing. Many are afraid to interact with others for fear of spreading or contracting the disease. Along with a heavy stigma surrounding HIV, growing skepticism around medical facilities in Pakistan has made treating this outbreak even more critical. Here’s what you should know about the HIV outbreak in Pakistan:

In Pakistan, HIV is not an unfamiliar disease. In the Sindhi province alone, health authorities found around 75,000 HIV positive cases. For the most part, doctors have blamed many failures in the healthcare system to be the reason for this sudden outbreak among children.

This recent outbreak has been credited to the reuse of syringes and failure to follow proper procedures for blood transfusions. Some facilities that disposed of used syringes discovered that people were repackaging and selling them to doctors once again for profit. There have also been reports of reusing dextrose and saline drips in certain treatment facilities. These practices created an easy pathway for the disease to spread to many patients and eventually helped facilitate the HIV outbreak in Pakistan.

“Quack” doctors are popular options for patients, but not necessarily the safest

“Quack” doctors, cheap alternatives to qualified doctors, have grown in popularity in certain regions. Many families living in rural parts of Pakistan cannot travel long distances to cities to see qualified doctors. As populations have grown, governments are struggling to provide sufficient healthcare for all communities in the country. Unqualified quacks have arisen as a result, cashing in on the disparities by treating many patients. Because of a loophole in the system, quack doctors use real doctors’ names and qualifications as a cover for their business and then later pay a fee to the qualified doctors to remain open.

Around 70,000 to 80,000 unqualified practitioners have spread across Punjab province alone. Most quack doctors are either totally unqualified to treat patients, or they are operating beyond their expertise. Most are not allowed to prescribe medicines or use syringes, but it is a common practice for them to do so anyway on multiple patients to save money.

In addition to reusing syringes, these doctors often use veterinarian steroids to treat patients as an alternative to recommended medicines. These steroids mask a patient’s symptoms but do not provide long term solutions to the diseases. Overall, these quack doctors put more and more people at risk of contracting illnesses like HIV with their unsanitary practices.

Many organizations are working to address the outbreak effectively

Since the start of the outbreak in Pakistan, many organizations have been working to provide solutions and treatments. The Sindh Aids Control Program (SACP) began a campaign to treat new HIV patients and provide free tests to the public. They have also curated ways to respond to the outbreak effectively, emphasizing the need for low-cost treatment and prevention services for vulnerable regions, in order to make treatment accessible for all. Currently, roughly 8,866 people are registered with the SACP’s Enhanced HIV AIDS Control Program, and they are expanding their outreach after receiving $6.3 million dollars from the Sindh government to continue their efforts.

Additionally, health officials have begun a crackdown on quack clinics. The Punjab Healthcare Commission is one of the organizations investigating the quacks littered across the Sindh province. Around 47,000 quackery outlets have been visited as of this month, 21,640 have been closed down, 13,637 have been abandoned and 8,757 have been marked for surveillance. The hard work of this commission ensures that the quality of treatment in Pakistan prevents outbreaks similar to the one facing the country now.

While treatment efforts are a major priority for these global organizations, there has also been a major focus on strengthening community education. UNAIDS and other UN organizations are raising awareness about HIV prevention to help tackle the stigma and discrimination that HIV patients face in their communities. Health workers, religious leaders, and even local media personnel are also being invited to health education sessions to address this issue.

The HIV outbreak in Pakistan may have affected the lives of hundreds of children and adults, but the efforts of many organizations have led to a heavy focus on HIV education and treatment in Pakistan. With this influx of assistance from global organizations, thousands of families can be protected from a future epidemic for years to come.