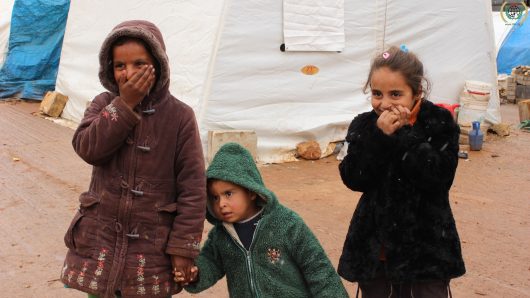 Since its outbreak in 2011, the Syrian civil war has created an estimated 11 million refugees. Many of these refugees have fled to neighboring countries, but the conflict has created a global refugee crisis. Contrary to popular belief, however, only an estimated one in 10 of these refugees live in camps. So where are Syrian Refugee Camps? Most are located in the surrounding countries of Turkey, Jordan, Iraq and Greece.

Although Turkey houses more than 2.5 million Syrian refugees, their camps can only house 200,000 people. This has become a cause for concern as photos from these camps show extremely cramped and dangerous conditions. While life in these camps is often less than ideal, the UK has deemed Turkey to be a safe country for refugees.

Jordan hosts more than 650,000 Syrian refugees. The largest Syrian refugee camp in the world is located in Jordan, and the conditions here are much better than camps found in other parts of the world. This camp called Zaatari is home to 3,000 refugee-owned businesses. These businesses provide entrepreneurial opportunities for refugees and contribute to Jordan’s economy, generating an estimated $13 million per month.

Iraq is home to more than 200,000 Syrian refugees, and all of these refugees are in areas controlled by the Kurdish Regional Government. Camps here, such as the al-Hol camp have become home to both Syrian refugees and Iraqi citizens fleeing violence in places like Mosul, resulting in extremely crowded conditions. As the number of Syrian refugees shows no sign of slowing, access to basic necessities in these camps is becoming a serious concern.

Where are Syrian refugee camps in Europe? Many exist in Greece, where conditions are often dismal. Human rights groups have raised concerns about the conditions that Syrian refugees are facing in Greek camps as they wait for asylum or relocation. Many of these camps are overcrowded, and refugees have reported poor hygiene, a lack of medical care and dehydration. The situation for refugees living in Greek camps is especially dangerous with the impending onset of a cold winter.

In 2014, the U.N. refugee agency reported the highest total number of displaced people since World War II. Syria is one of the three countries with the most refugees, and the situation within the country shows no signs of improving. This refugee crisis is a humanitarian disaster and it is imperative that the global community respond by ensuring better living conditions for those seeking asylum and those living in Syrian refugee camps.