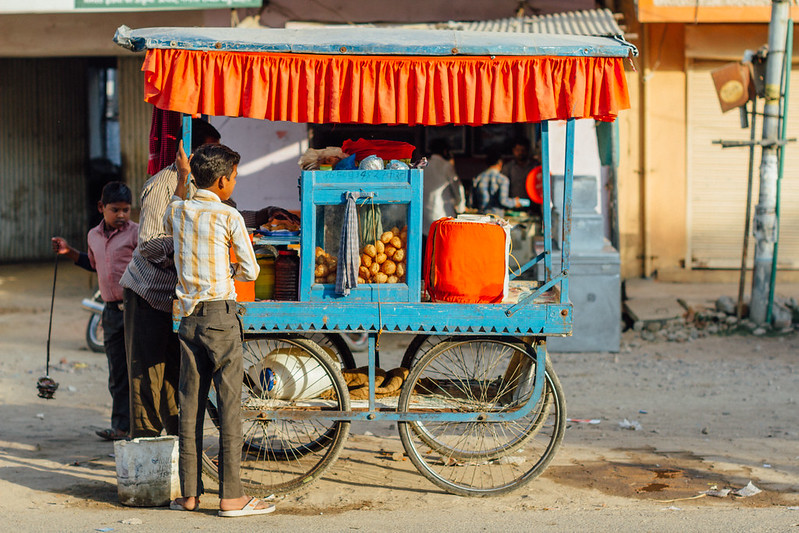 For centuries, street vendors around the world have supplied food, clothing and other daily necessities to communities in need. People living in poverty are able to access much-needed materials through these informal markets that otherwise would not be available to them. Street vendors not only support themselves but their communities through their work. The role that they play in assisting to alleviate poverty is a prominent one. The job is arduous with many street vendors experiencing harassment and restrictions from local authorities. However, government officials are beginning to recognize the vital role that street vendors play in their respective nation’s economies and society at large. Here is how street vendors and street vending are offering support for impoverished communities around the world.

What is Street Vending?

The National Association of Street Vendors of India (NASVI) defines a street vendor as a person who supplies goods or services for public sale in a temporary structure or mobile stall. Throughout time, those living in poverty have sought after the informal market. Street vending in modern times has continued to be a space that the impoverished or low-income earners have turned to for financial gain. Some goods vendors sell include food items, clothing and a variety of other wares. The requirements for entering this field are minimal. Unlike positions in the formal sector, street vending does not require educational attainment or formal training.

A report on the informal market in urban Thailand stated that 2% of female street vendors had no education with 50% having only attained primary education. This makes the position appealing to those seeking employment with a limited educational background. The main requirements for street vending are the obtaining of goods whether it be food items or other supplies, temporary space to hold this inventory and the skills necessary to sell in an often competitive marketplace.

Street vending has been a popular avenue for those seeking financial gain and economic independence. In a study focusing on the informal sector in Bangalore, India, 77% of respondents stated that improving financial security was the motive for becoming a street vendor. Street vending not only offers support for vendors but also for the communities that these sellers serve. Fresh produce and everyday necessities become available to individuals living in impoverished and low-income earning areas. These products would otherwise be out of reach for these communities as these products end up in supermarkets with fixed prices.

With nearly 70% of the Indian population earning less than $2 a day, and more than half of the South African population earning less than $80 a month, these fixed prices are far out of the respective price range for these individuals. Street vendors offer products at discounted prices along with offering payment plans for customers who struggle with affording these necessities. Street vendors are able to attain financial security while also contributing to the economies of their respective nations.

According to the brief “Strengthening urban India’s informal economy: The case of street vending,” the informal economy comprised 50% to 80% of newly created jobs in India. The Ministry of Housing and Urban Poverty Alleviation reported an estimated 10 million street vendors in India. Statistics South Africa recorded in a quarterly labor survey that more than 3 million people had employment in the country’s informal economy. Meanwhile, Groundup.org reported that an estimated 8,000 informal traders serve the 460,000 people who frequent the Warwick Junction, a popular transportation and trading hub located in Durban, South Africa. Poonsap Suanmuang of the Foundation for Labor and Employment Promotion stated that there are an estimated 300,000 street vendors working in Bangkok, Thailand. These statistics exemplify the prominent role of street vendors in the economies and communities of nations across the globe.

Troubles of the Trade

Street vendors have been victim to consistent pushback, and severe harassment from law officials as well as governmental structures. Authorities have implemented varying policies to restrict street vendors in their trade, most often resulting in the loss of wages and inventory. An example of one such policy is Operation Clean Sweep, in which local authorities in Johannesburg, South Africa forcefully evicted 6,000 street vendors. In this situation, authorities confiscated goods and tear-gassed vendors. Advocacy groups are fighting for the rights of street vendors and informal traders by pushing for policies that protect those in this field.

Government officials are beginning to recognize the importance of these workers in their societies with the implementation of legislation providing support and protection for street vendors. In 2014, the Indian parliament implemented the Street Vendors (Protection of Livelihood and Regulation of Street Vending) Act. This policy emerged to offer protection from possible instances of harm from law officials and potential displacement. As a result of Operation Clean Sweep, the Save the Hawkers campaign began, and authorities drafted a charter urging the implementation of inclusive policies for street traders in South Africa.

Organizations such as Women in Informal Employment: Globalizing and Organizing (WIEGO) and the National Association of Street Vendors (NASVI) are continuously fighting for the rights of street vendors. These organizers hope to create safe spaces for street vendors to continue supporting themselves financially as well as providing support for the impoverished communities that serve.