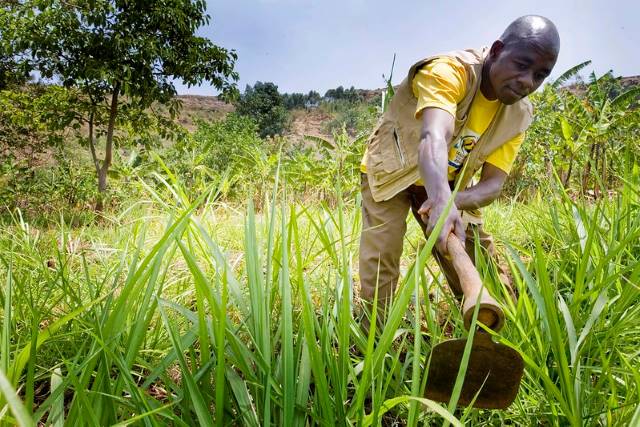 For many farmers in Africa, unpredictable weather patterns and growing seasons often lead to insufficient harvests and food insecurity. Yet, nearly 80% of people in Africa rely on agriculture as their main source of food. According to the United Nations, global food production must increase by 60% by the year 2050 in order to sustain the world’s growing population. Despite environmental limitations, more sustainable and efficient farming must occur. SunCulture, a Kenya-based solar-powered generator and irrigation system manufacturer, promotes food production, ensuring that farmers in Africa have the means to produce enough food. With the latest SunCulture expansion, the company hopes to help more farmers in Africa and also add new products to its repertoire.

Africa has 65% of the world’s uncultivated, arable land, according to the African Development Bank. However, due to limited resources to sustainably grow and harvest food, food scarcity is prevalent in farming communities in Africa. To combat this scarcity, SunCulture has provided families with sustainable tools to increase food production, such as generators and irrigation systems. Since much of Africa’s freshwater exists as groundwater, irrigation systems help pump water up to the surface to water crops during droughts. At the same time, solar-powered generators provide power in farming villages lacking electricity. With these tools available for purchase, SunCulture promises that families can sustain themselves and their communities without fear of food insecurity or scarcity. The pay-as-you-grow financing option allows farmers to pay in small monthly installments, making products accessible and affordable.

Since SunCulture’s creation in 2013, it has changed the lives of thousands of farmers across East Africa. The company estimates that farmers using its products have seen up to five times increase in crop yields and have gained up to 10 times increased income from selling their crops. By allowing farmers the opportunity to grow enough food to sell the excess, local commerce has bolstered the economies of these communities. This had led to more people being able to purchase SunCulture’s irrigation systems and grow even more crops. Although SunCulture currently promotes food production exclusively in the eastern parts of Africa, new business expansions have allowed them to help farmers across the continent.

In December 2020, SunCulture announced a US$14 million expansion that would allow farmers across the African continent access to the company’s products. Backed by numerous organizations such as Energy Access Ventures (EAV) and USAID’s Kenya Investment Mechanism (KIM) program, the expansion would also allow SunCulture to provide better support to farmers in Africa such as more efficient irrigation systems and less costly generators. While EAV has been one of SunCulture’s main investors since its inception, KIM offers new opportunities both in helping companies find a market to sell their products and getting the resources necessary to make their products. Through its work with KIM, SunCulture is confident in its ability to bring sustainable irrigation to the millions of farming families in Africa.

While this SunCulture expansion may take time to cover all of Africa, it will immediately impact farmers in Kenya, Ethiopia, Uganda, Zambia, Senegal, Togo and Cote d’Ivoire. Farmers in these countries will be able to either purchase their first irrigation system from SunCulture or buy more systems to better sustain their crops and increase yields.

As more people in Africa rely on agriculture both for food and income, SunCulture’s products have been able to increase agricultural outcomes. With the expansion, SunCulture hopes to aid more families and communities in Africa to reduce food insecurity and better their livelihoods, alleviating poverty overall.