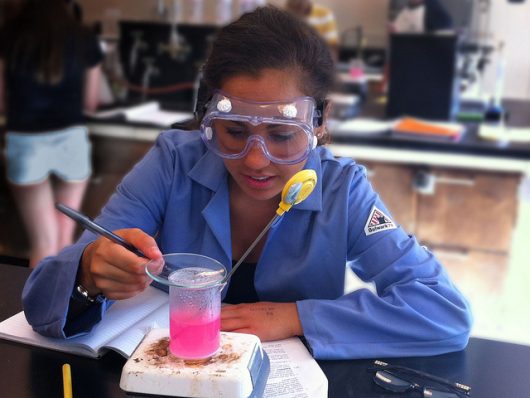 Women in science, technology, engineering and mathematics (STEM) fields have been coming in a distant second to their male counterparts for the entirety of STEM’s history.

Additionally, only 28 percent of researchers worldwide are women. This immense gender gap has motivated people across the world to alleviate the adversity women continue to face in the STEM world.

Among these is Irina Bokova, UNESCO Director-General, who has recognized that many countries hold girls back at a young age due to discrimination, biases and social norms and expectations.

Because girls are turned away from the quality STEM education that boys have access to, girls tend to lose interest in these subjects between early and late adolescence.

At the Cracking the Code: Girls’ Education in STEM conference in Bangkok from August 28-30, officials discussed this gender gap and the ways it can be improved.

Currently, only 35 percent of college students enrolled in STEM-related fields are female, which is undoubtedly low because of the lack of STEM opportunities for girls throughout primary and secondary school.

Progress has been made in some countries, known as “model countries”, that are fighting this gender gap. Malaysia has partnered with UNESCO to achieve gender parity, which has led to 57 percent of degrees in science-related fields being held by women.

Malaysia and UNESCO are working in the global south and several African countries to improve STEM education opportunities for girls. Schools across the globe are being encouraged to pay more attention to female students and provide curriculum and other learning materials that stray from the stereotypical masculinity of sciences.

Support for girls pursuing a STEM education starts at home. Family biases and gender norms are a big contributor to the low number of females in STEM-related fields.

Thus, it is increasingly important for families to encourage young girls to join science and math-related activities and clubs outside of the classroom. Science and math clubs, competitions and camps are a great source of empowerment for girls in STEM education.

While UNESCO and model countries are working to eliminate the gender gap in STEM, it takes the support of educators and role models globally to change the fate of female students.