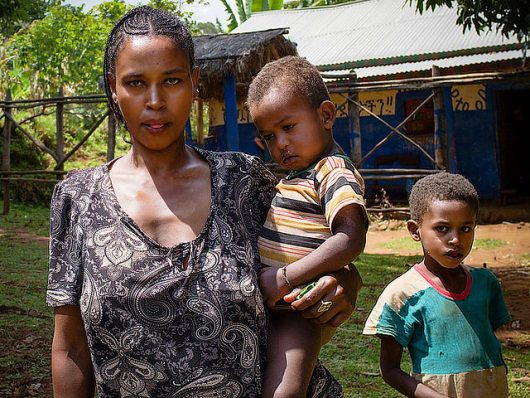 For something as common and essential as the creation of life, delivering a child can come at quite the cost. Though the United States holds some of the steepest delivery-related costs in the world, many countries around the globe offer maternal healthcare at astronomical prices. These services cater to wealthier families and leave the poor and uninsured to struggle. In rural and low-income communities especially, the high cost of giving birth is very risky for women and newborns.

In many countries, there is a large quality gap between public and private hospitals. Even though there are public hospitals in South Africa, for example, that offer free healthcare services, these facilities often lack adequate equipment and accommodations for mothers and their newborns. One hospital outside of Johannesburg lost six infants around three years ago because it had run out of antiseptic soaps.

Private health facilities typically offer higher-quality healthcare services but at much steeper prices. On average, it costs a woman $2,000 to give birth at a private healthcare facility in South Africa. This is a cost that less than half of South Africa’s population can afford due to a large income inequality problem and a widespread lack of health insurance coverage. Families instead settle for menial care or, in some cases, forgo care altogether.

As an alternative to formal care, women commonly hire traditional birth attendants (TBAs) to help with deliveries in rural areas of developing countries like Ethiopia. TBAs lack official training but are more affordable than midwives, who can cost upwards of 2,000 Ethiopian birr, about $90, or even more if a Caesarean-section is necessary. The result is a population that is underserved when it comes to delivery-side medical attention. Only 2% of deliveries in rural Ethiopia are administered by a health professional.

Tadelech Kesale, a 32-year-old mother from Ethiopia’s Wolayta province, has suffered due to insufficient care and the exorbitant cost of giving birth. Kesale had her first baby when she was 18 and has since lost three of her six children, one of whom was stillborn. Kesale typically earns two to three birr, equivalent to a tenth of a dollar, each week and was unable to hire a qualified professional for any of her deliveries.

“I gave birth at home with a traditional birth attendant,” Kesale said. “If I could afford it, I would go into a clinic. One of my friends, Zenebexh, died in labor – she just started bleeding after breakfast and fell down dead. A healer came but couldn’t do anything.”

The cost of giving birth in private hospitals in India is similarly prohibitive. Although government facilities hospitalize women and assist with delivery for free, many expecting mothers opt for private facilities for the higher quality of care. These facilities typically charge around $1,165 for basic delivery services $3,100 for Caesarean-section deliveries.

The costliness of Caesarean-sections and other procedures can be deterrents for poorer mothers who are faced with complications during labor or pregnancy. The Guttmacher Institute estimates that only 35% of women in developing countries receive the care they need when faced with complications. When such needs go unmet, both mothers and their babies face life-threatening medical risks.

The costs of transport to and from health centers can also be discouraging for expecting mothers, forcing them to deliver at home or in other unsterilized spaces. In rural areas especially, transportation is necessary to travel the long distances to health centers, though it is not always readily available. Aside from being expensive, it can also be scarce; as a result, many women deliver in their houses. When complications arise during delivery, this can be especially perilous.

Though there is no one way to remedy the astronomical cost of giving birth in countries around the globe, organizations like Oxfam are calling on the U.S. and other developed nations to send increased aid to countries with high rates of maternal and infant mortality. This aid can serve mothers and their babies in a myriad of ways, from covering basic health care costs to making it more possible for new moms to take time off from work after delivery. Ultimately, it will mitigate the steep costs many families must meet during and after pregnancy, providing mothers with the assistance they need to have safe, successful deliveries.