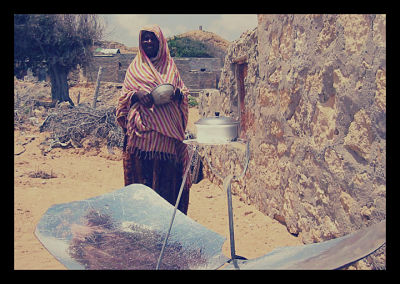 Solar Cookers International (SCI) is a nonprofit organization devoted to spreading knowledge and techniques of solar cooking technology to the poorest parts of the world. The organization works extensively in Chad, Kenya, Ethiopia, and Zimbabwe. Founded in 1987 by a small group of solar cooks in Sacramento, California, SCI began as a small effort by a contingent of people devoted to a single cause: to provide poverty relief through the technology of solar power. By 1999, UNESCO became a beneficiary of SCI by sponsoring regional conferences in poverty stricken countries like India, Kenya, and Honduras. Since its founding, Solar Cookers International has delivered its technology to over 30,000 families in Africa.

Solar cookers are particularly helpful in Africa because they remove the need for African women to leave their homesteads to gather firewood. For instance, Sudanese refugee women in Chad are frequently assaulted by enemy combatants upon departure from their camps, often resulting in severe injury or death. The presence of solar cookers in villages in Chad allows Chadian women to provide for their families while preserving their own personal wellbeing.

So how does Solar Cookers International receive funding for such an ambitious project? Although much of its support base comes from the generous donations of individuals and foundations, SCI also raises money through the sale of solar cookers in the United States and other developed countries. If you are interested in supporting this great cause to alleviate poverty in Africa, visit the SCI website for more information on purchasing a solar cooker. In addition to being energy efficient and better for the environment, the profits will be going towards poverty reduction in some of the poorest areas of the world.