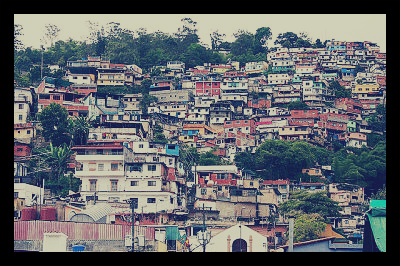 After a long-standing 20 years, a would-be abandoned bank in Caracas, Venezuela will be demolished. In most cases, the destruction of an abandoned building is hardly notable. However, this abandoned building, commonly called the Tower of David, is home to 1,145 families.

This unfinished building has become a home to hundreds of homeless people and families, creating a community that fully depends on the existence of this empty 45 story tower.

In Venezuela, few squatters find safety in the slums within the city borders. The Tower of David is a vertical beacon, offering refuge to those seeking a long term way of living in the streets.

The future of the bank tower is unclear, with Venezuelan president Nicolas Maduro telling media, “Some are proposing its demolition. Others are proposing turning it into an economic center. Some are proposing building homes there.” Maduro acknowledges the purpose it serves to many, while still acknowledging that this building represents the failed hopes of deceased dictator Hugo Chavez, whose goal was to create a dominant economy within Venezuela.

The building now holds social significance, appearing in multiple films and television shows as the Tower of David, the symbolic slum of Venezuela. Yet this has not coerced leaders into leaving the structure as is; the evacuation of residents has already begun.

The demolition project was suggested after several children were killed falling out of the building, proving it as a safety hazard to Venezuelans. With evacuations beginning on July 22, occupants have agreed to peacefully leave with the promise of homes and aid.

The refuge sought by the inhabitants will not be forgotten, as many reminisce on the solace the tower offered them. One resident, Yuraima Perra, 27, tells NPR, “Necessity brought me here, and the tower gave me a good home,” as the soldiers removed her valuables and belongings from her makeshift apartment.

Parra is one of what many Venezuelans call “invaders” that staked claim in the tower. These “invaders” rigged up electricity and controlled the elevators, essentially turning the abandoned building into subsidized housing for those in need. Due to the fact that there was little internal violence within the tower, civilians respected it, and  thus families were allowed to safely flourish in a protected area.

President Maduro recognizes the tower as, “a symbol of a strange situation, a vertical ‘barrio’.” With regrets of allowing its continuation for so long with little monitoring and even less consideration, Maduro looks to the people for suggestions as to what should happen to this symbolic tower. One thing is clear: the end of the era may have come for the Tower of David, but those who called it home will forge on in search of another safe refuge in the dangerous streets of Caracas.