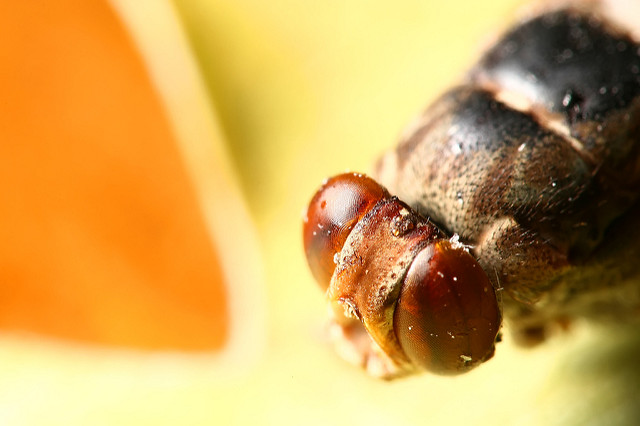 The Democratic Republic of the Congo (DRC) is home to over 82 million people. Half of the population lives in rural poverty, causing the improbable prevention of life-threatening diseases. Human African trypanosomiasis, also referred to as sleeping sickness, is a parasite-transmitted disease that harshly attacks the central nervous system until the human host expires. While on the decline as of 2015, sleeping sickness in the Congo continues to be a concern, with 1,000 new cases reported annually.

Based on the parasite involved, the DRC is affected by the rhodesiense form. This form is an acute infection, in which symptoms appear quickly and the severity of the infection increases the likelihood of death within a short period of time.

Infection begins when a parasite, called the tsetse fly, bites a human. The infected tsetse fly transmits the disease into the host, distributing the poison into their bloodstream within seconds. Although the infection process has begun, symptoms may not appear until one to two weeks after the bite.

In most cases, a painless chancre, or ulcer, will appear topically on the skin where the bite was administered. Various other symptoms can be presented such as enlarged lymph nodes, fever, muscle and joint pain, itching and diseases in affected organs such as the liver.

In the second stage of sleeping sickness, neurological symptoms may be present. This can include changes in personality. The second stage also explains the reason behind its name: infected hosts will begin to feel weak and lethargic a majority of the day, causing them to sleep more than usual.

At night, infected individuals experience what is called nocturnal insomnia, which causes an imbalance in their circadian rhythm. Weakness and problems moving accompany these symptoms. As the central nervous system continues to deteriorate, bodily systems begin to shut down. Left untreated, and in rare cases even if treated, fatality is an end result.

Disease control measures have been in place to help in the prevention and treatment of sleeping sickness in the Congo, including the routine delivery of required treatments that focus on prevention instead of the reaction stages. The World Health Organization provides routine surveillance and free medicine to countries affected.

Further operations on disease control for sleeping sickness in the Congo is costly, therefore a process called Development Impact Bonds, or DIBS, can be an option to cut costs and save more lives.

Development Impact Bonds (DIBS) is a further model of social impact bonds. DIBS is expanding its use from the United Kingdom to include international development and global health interventions. According to Rita Perakis of the Center for Global Development, the model can be described as “flexible, innovative, and cost-effective”.

Although this is a risky financial strategy, it can reap sufficient benefits.
DIBS involves a donor agency, a developing country government, private sector investors and a private service provider. By bringing all of their specialties to the table, they agree upon a common goal and the most effective means of achievement. With the focus on social priorities, investors are able to provide input on financing and performance management. As a result, service providers are then able to use the information discussed to implement an experiment according to societal needs.

After establishing a common goal, for example finding a way to work together to reduce sleeping sickness in Congo, the private investors loan the entirety of funds needed to implement the experiment. Throughout the development program, investors monitor progress to ensure successful achievement will be met. If the development program is successful, investors receive a return on their original investment plus additional interest. If a program is not successful, investors lose some or all of their loan.

In this instance, the World Health Organization has been able to implement intervention programs for countries affected by sleeping sickness. These programs create more accessibility to diagnosis and treatment and continue monitoring of treatment. They also ensure that properly-skilled staff are sent to improve conditions and continue experimentation and research to improve treatment tools already in effect. Their goal is to continue these programs on a larger scale, reaching as far as possible to other African countries.

The impact DIBS has, in comparison to any other investment strategy, is the ability to pay for all costs upfront. This reduces delays in research and delivery and has a stronger possibility of saving more lives. Without DIBS, funding is secured at a much slower pace, delaying the production rate.

By using Development Impact Bonds, the World Health Organization can not only maintain their effective disease control but they can become several steps closer to the eradication of sleeping sickness in the Congo. DIBS is currently being used for disease control measures in Uganda, and with its success will come further measures to other parts of Eastern and Central Africa, including Congo.

The World Health Organization aims to eliminate African sleeping sickness by 2030. Their goal is achievable, and with the support of a financial strategy such as Development Impact Bonds, they have a greater chance of success.