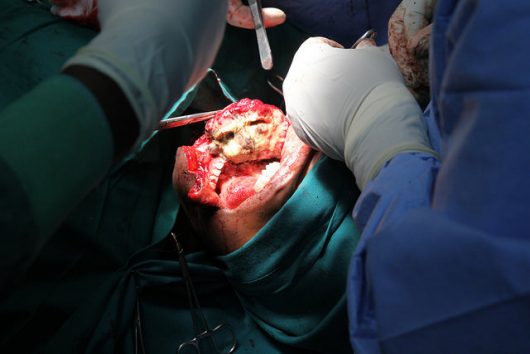 With cancer claiming the lives of about 450,000 Africans per year, drug manufacturers, in a deal with the American Cancer Society (ACS) and the Clinton Health Access Initiative (CHAI), have decided to bring life-saving treatments to tens of thousands Africans in need of major healthcare improvements.

The agreement was made between two major pharmaceutical companies: Pfizer, located in the U.S. and Cipla, one of the giants in the Indian pharmaceutical world. Both will cut the prices of 16 cancer treatment drugs, including chemotherapies, for six countries in sub-Saharan Africa that are most affected by the disease.

The six countries receiving major discounts on cancer medicines are Ethiopia, Nigeria, Kenya, Uganda, Rwanda and Tanzania. A press release by the ACS reveals these are the countries in major need of health improvement, as 44 percent of all cancer cases occurring in sub-Saharan Africa each year happen in these six targeted countries.

According to the Pharmaceutical Journal, there were an estimated 626,000 new cases of cancer in sub-Saharan Africa in 2012, leading to a total of 447,000 deaths by cancer. The World Health Organization predicts this figure could double by 2030 if nothing is done, with killings reaching almost one million sub-Saharan Africans. In comparison to the U.S., with 90 percent of women surviving five years with breast cancer, Uganda and Gambia have survival rates of 46 percent and 12 percent, respectively.

Some of the factors explaining the start of Africa’s cancer crisis are the lack of training for providers, shortages of medications and the insufficiency of diagnostic and therapeutic equipment. Another barrier to quality care for cancer patients in Africa is linked to biology. In fact, there are differences in tumor biology between African cancer patients and patients in developed countries. As an example, African patients often have bigger tumors than patients in other regions, which demands much more care as well as adequate infrastructure to research solutions for curing the disease.

Funding is also a major problem for sub-Saharan Africa, as global funding for cancer prevention and treatment in other low-income countries represents only two percent of global health spending. This is far lower than the health spending for diseases such as HIV, malaria and tuberculosis.

Having access to high-quality and affordable cancer treatment facilities and medicine in sub-Saharan Africa has become a major goal for ACS and its partner organizations. On top of this agreement, they are preparing long term strategies that will improve the lack of care facing many African patients for years to come.