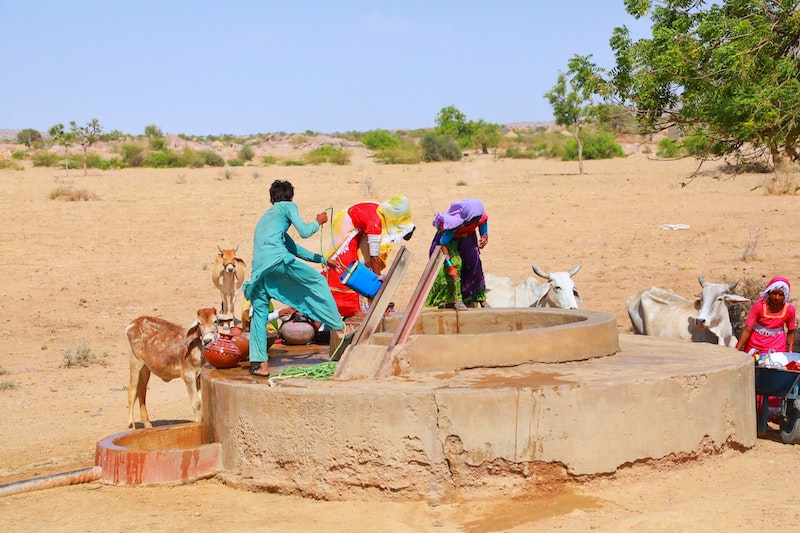 Since late April 2022, Pakistan has been suffering from an unprecedented heat wave with temperatures touching 50 C (122 F). Although heat waves in Pakistan have been a common occurrence since 2015, these climatic conditions are touching the country earlier each year and their intensity and duration are increasing due to extreme weather patterns. This meteorological phenomenon severely affects the Pakistani people in several ways, from health issues to food, water and infrastructural crises. With temperatures standing at 6-9 C higher than usual for this time of year, the heat wave in Pakistan is affecting cities and rural areas and has lethal effects on children and the elderly.

The heat wave in Pakistan is threatening the health of the Pakistani people, especially the most vulnerable groups. With the unusual increase in temperatures, on May 14, 2022, the country already declared three deaths among children due to the severe heat.

The country observed cases of children collapsing under the sun. The poverty in which many regions and families live in Pakistan forces children to often walk to school amid this unbearable heat. Also, many schools do not have proper climatization to allow the students to attend their classes in a cool environment.

To address the effects of the heat wave on people’s health, an NGO opened a heatstroke clinic in Jacobabad and noted rising cases of heatstroke patients. Heatstroke occurs when the body overheats and cannot cool itself anymore, leading to several symptoms ranging from headaches and nausea to more serious effects such as organ swelling and unconsciousness. Despite this, students continue to go to school with the hope of escaping poverty and moving toward a better quality of life. Besides children, the extreme weather affects laborers who spend their days under the sun, but unfortunately, have no alternative if they want to earn enough money to survive.

Other consequences of the heat wave in Pakistan are food and water scarcity. With very high temperatures and insufficient water, the crop and food supply are in danger. The heat wave in Pakistan also affects livestock that are essential to the food supply of the country —  many sheep have died from heatstroke in Punjab, a province that stands as the breadbasket of Pakistan.

The water crisis is a critical aspect of the heat wave in Pakistan. As government-installed taps are mostly dried out, people find it very difficult to find drinking water. Unfortunately, mafias are benefiting from this situation by exploiting government water reserves and reselling them to those in impoverished and underserved regions.

The lack of access to sufficient water supplies is thus a primary cause of the health issues people endure and makes the heat wave even more unbearable. Furthermore, with a power shortage that only allows for six hours of daily electricity in the county’s rural areas, citizens struggle to cope with the heat.

Ironically, excess water can also harm many people. Pakistan is “home to more than 7,000 glaciers,” the melting of which can lead to the overflowing of lakes and rivers and cause “torrents of ice, rock and water” to destroy the infrastructure of a city. This already happened once this year, in early May, causing the destruction of a bridge.

Given the urgency of the situation, two NGOs are playing an essential role in helping people to survive the heat wave in Pakistan. Both are mainly located in the Sindh province, one of the areas that the extreme weather situation most affected. The first NGO is the Community Development Foundation, which opened a new health center dedicated to victims of heatstroke.

The Pakistan Red Crescent, in collaboration with the Provincial Disaster Management Authority, launched a 10-day training for officials and civil society representatives to learn how to adequately respond to “heat-related emergencies,” such as heatstroke, unconsciousness and dehydration as well as the transportation of patients suffering from any of these issues. The Pakistan Red Crescent also promised to continue with similar training in the future, especially with the younger generation.

The case of Pakistan shows that despite all the crises and challenges a population living under extreme weather patterns must face, support from organizations can make all the difference. By training people to respond to health emergencies, the Pakistan Red Crescent diminishes the pressure on health care professionals and increases the chances of people surviving heat-related health conditions. Despite these severe conditions, children continue to go to school with the hope of receiving an education that will enable them to rise out of poverty.