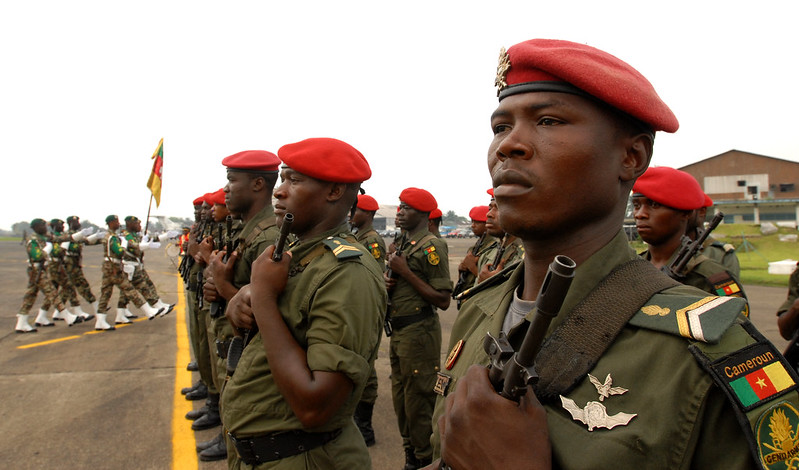 Cameroon is located in Central Africa, bordered by Nigeria. The southwest and northwest regions of Cameroon are Anglophone, while the rest of the country is Francophone. This split in language has been a source of conflict for separatists in Cameroon. Politically, the ruling party within the country is the Cameroon People’s Democratic Movement. The party holds 152 of the 180 seats in the National Assembly. In Congress, CPDM rules more than 81% of the Senate. Cameroon’s president, Paul Biya, is serving his seventh term since 1982.

The poverty rate in Cameroon increased by 12% between 2007 and 2014. A total of 8.1 million people lived in poverty in 2014, with about 56% residing within the country’s northern regions. The Central African Economic and Monetary Community reports Cameroon as having the largest economy within the area that is experiencing an economic crisis. In April 2017, the World Bank’s Country Economic Memorandum stated that Cameroon would become an “upper-middle-income” country by 2035.

Who Are the Separatists?

Separatists in Cameroon are a group in the north Anglophone regions. They aggressively seek independence against Cameroon’s security forces. Starting in September 2017, this fight has progressively displaced more than 500,000 people and killed nearly 400 civilians and more than 200 military and police officers. In March 2019, the U.N. Refugee Agency claimed that 32,602 Cameroonian refugees reside in Nigeria. Of these refugees, 51% are children and 53% are women.

Separatists in Cameroon have kidnapped and killed children at school. In November 2019, the U.N. Children’s Fund found that 855,000 students were not going to school in English-speaking regions. About 90% of primary schools and 77% of secondary schools run by the state were dysfunctional or shut down.

Currently, the separatist movement has left about 800,000 people homeless and 3 million lives uprooted. COVID-19 increased those numbers, and separatists in Cameroon have recently been fighting for mutual peace through this pandemic. Even though President Biya disapproves of separatists, as he considers them terrorists, a small pro-talks group led by intelligence chief Maxime Eko Eko and Prime Minister Joseph Dion Ngute has tried to communicate with separatist leaders.

In April 2020, a man named Sisiku Julius AyukTabe, a separatist who is serving a life sentence for terrorism, agreed to talk with Cameroon’s government to explore ways to end the conflict. The meeting occurred his prison cell and accomplished an agreement of understanding. The terms of the agreement are to keep security forces within separatist barracks, to release all prisoners and to always have a third party mediating future discussions between separatists and the Cameroonian government.

The separatist group in Cameroon formed during World War I and started taking greater action against the Cameroonian government in 2017. With the rate of poverty in Cameroon increasing due to COVID-19, the separatists and the government have tried to find common ground in their conflict. With advocates on both sides coming together to communicate with each other, there is greater hope for a peaceful future for both parties.

EU Membership and the Fall of Poverty in Poland The Dom: Turkey’s Invisible Population
Scroll to top