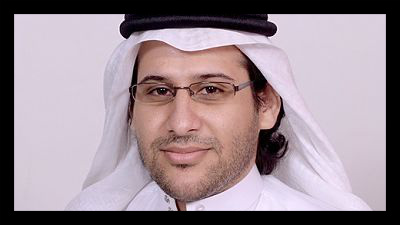 Having convicted the well-known lawyer of six counts including “seeking to disarm the state legitimacy,” the Court also imposed a 15-year international travel ban post-release and ordered Abulkhair to disband his Monitor for Human Rights in Saudi Arabia and to pay the equivalent of a U.S.$53,000 fine. The activist refuses to sign or appeal the verdict as he will not recognize the legitimacy of the Court.

The Monitor – an organization he founded – issued a statement saying, “Waleed Abulkhair insists the illegitimacy of the court and assures this judge is not impartial. The Monitor for Human Rights in Saudi Arabia confirms that this is the price Abualkhais was expecting as a result of his defense of human rights and standing with the oppressed.” The Saudi Government has not registered the group nor licensed Abulkhair as a lawyer.

The U.S. State Department joined human rights groups in saying, “The United States is troubled…” with the verdict and that “We urge the Saudi government to respect international human rights norms…”

The Court convicted Abulkhair under the Laws for the Crimes of Terrorism and its Financing that came into force earlier this year, likely out of fear of the spread of the Arab Spring. Although King Abdullah continues to introduce civil law in his kingdom, critics suggest little has changed except now the monarchy has another tool with which to pursue its own interests. The monarchy has also sought to curb the threat of social media as a new outlet for dissent.

In 2011, the government jailed three Saudis for two weeks after they posted a video online showcasing poverty in Saudi Arabia. The oil-rich country closely regulates the figures on poverty and inequality within its borders, but an estimated two to four million of the country’s 28 million people live under the Saudi Arabian poverty line, and an estimated quarter of all Saudis meet the definition of “poor.”

While the government has invested in programs for the Saudi poor, the monarchy pockets millions of dollars each year. Saudi Arabia ranks 57 out of 187 on the Human Development Index, and its Gross National Income has decreased by 34 percent since 1980.

Abulkhair’s wife, Samar Badawi, told Amnesty International she was “honored to be the wife of this free and noble defender” who has been detained since April.