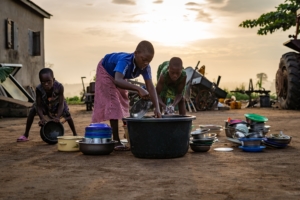 Zimbabwe is a landlocked country in southern Africa that lies between the Limpopo and Zambezi Rivers with a population of 14.86 million. In the 20th century, Zimbabwe’s sanitation infrastructure was quite stable, but due to economic collapse resulting from the loss of public sector and donor investments in the early 2000s, the country’s sanitation development came to a halt and it began to degrade. Thousands of people living in Zimbabwe’s urban and rural areas lost access to not only clean drinking water, but also proper sanitation. Zimbabwe’s constitution states that every person has the right to “safe, clean, and potable water,” but the country still has a lot of work to do to make that statement come true. Here are 10 facts about sanitation in Zimbabwe.

10 Facts About Sanitation in Zimbabwe

Zimbabwe has an intense need for sanitation improvements in both urban and rural areas of the country. These 10 facts outline the current reality of sanitation in Zimbabwe. In aiming to achieve the SDGs and more, the country can change in a way to allow people to lead healthy and safe lives.