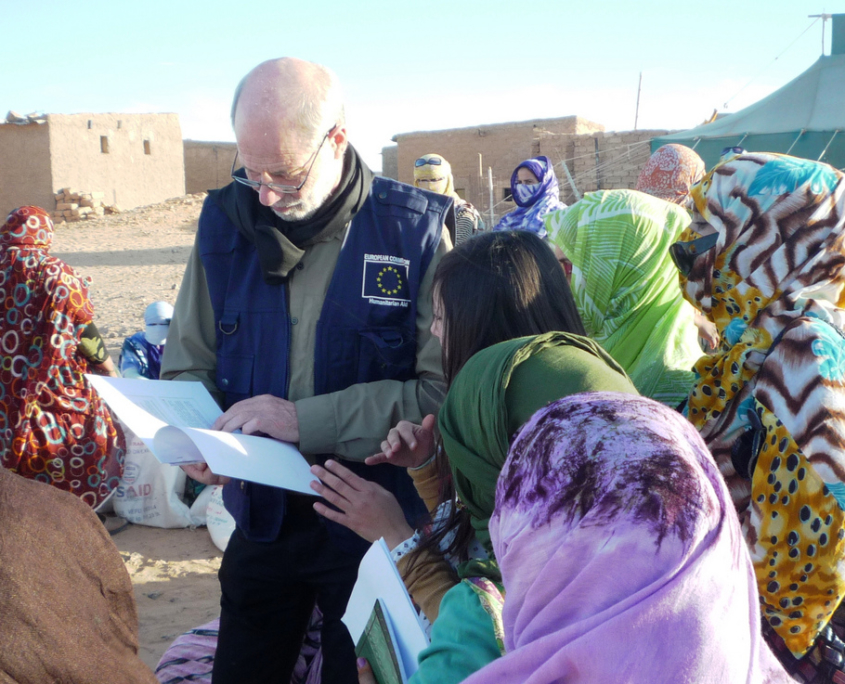 For more than 45 years, Sahrawi refugees have left Western Sahara into neighboring countries fleeing conflict and instability. Many Sahrawi refugees have found themselves living in camps in Algeria. In these camps, refugees struggle with food and water insecurity, lack of medicine and healthcare access. This overview of the forgotten crisis of Sahrawi Refugees living in Algeria will provide insight into the ongoing humanitarian struggle.

The Refugee Camps in Algeria

A conflict between Morocco and the Polisario Front over Western Sahara’s sovereignty has gone on since Spain withdrew from the area in 1975. In the wake of this conflict, hundreds of thousands of Saharawi people have been displaced and have sought refuge in countries like Algeria. For more than 45 years, the Saharawi people have been living in camps in Algeria’s Tindouf region, which borders Western Sahara. There are five camps housing more than 150,000 Sahrawi refugees near the Algerian town of Tindouf. These refugees live almost entirely on humanitarian aid and assistance. The Algerian government has worked to improve the living conditions of these refugees by providing secondary education, healthcare services, land and infrastructure improvements. The government also works with international organizations like the UNHCR, WFP and UNICEF to continue supporting Sahrawi refugees.

Challenges for the Sahrawi Refugees

The situation of the Sahrawi refugees living in Algeria is referred to as the ‘forgotten crisis’ because there is little media coverage of their situation. According to the World Food Programme, over 88% of the Sahrawi Refugees are either at risk or suffering from food insecurity. Acute malnutrition affects roughly 8% of Sahrawi children aged five or younger and over 50% of Sahrawi women between the ages of 15 and 49 suffer from anemia. The COVID-19 pandemic has added further difficulties to the situation of the Sahrawi refugees. Since March 2020, the Sahrawi are under quarantine, with humanitarian aid continuing to arrive.

The Sahrawi refugee’s dependence on humanitarian aid has left the people lacking ways to be self-sufficient. Sahrawi refugees are at risk of radicalization or social unrest. There are few employment opportunities and frustration develops with the ongoing conflict in Western Sahara and vulnerability to flash floods and sandstorms. The lockdown has also caused many Sahrawi refugees to loose jobs, causing them to rely more heavily on aid.

Despite being known as the “forgotten crisis,” there is still work being done to improve the Sahrawi refugees’ situation. In 2020, the EU provided more than $9 million in humanitarian aid for the Sahrawi refugees, primarily food, water and medicine. World Food Programme rations provide Sahrawi refugees with 2,100 calories a day and $5.4 million has gone toward combating malnutrition of women and children, which has been a persistent problem for refugees. There are plans to extend the water network in the camps to improve the efficiency of delivering water to the refugees. More than $500,000 have been used to combat the COVID-19 pandemic by improving hospitals and their capacities to deal with sickness. Efforts have been made to support disabled refugees to ensure they are part of the community.

Swiss contributions to the WFP’s efforts in Algeria have totaled more than $30 million over several decades. The programs have encouraged more than 40,000 children to attend school through a meal program which paused because of the COVID-19 pandemic but will continue afterward. While the Sahrawi camps are under lockdown during the pandemic, humanitarian aid provides necessary food, water and medicine to refugees. The Algerian government has included the Sahrawi refugees in its national response plan to support them throughout the lockdown in the form of sanitary services, medical supplies and a referral system to track the virus.

Several nonprofits are working to help the Sahrawi refugees living in Algeria. The Danish Refugee Council has been working in Sahrawi refugee camps since 2016, providing over 200,000 people with training in business skills, self-sufficiency, business grants and technical support. Oxfam International has been providing fresh produce, clean water, farming skills and community support for refugees since the start of the crisis in 1975.