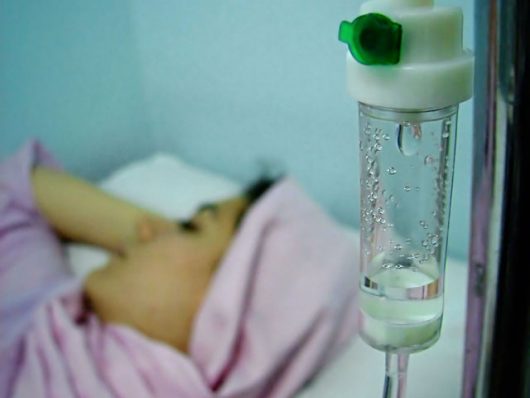 The disease is most commonly found among agricultural and slaughterhouse workers. Early-onset symptoms can include sudden fever, headache and muscle aches. As the disease progresses patients display hemorrhaging in the bowels, urine, nose and gums. The mortality rate for Crimean-Congo hemorrhagic fever is approximately 30 percent.

Typhoid fever
According to the Center for Disease Control and Prevention, nearly 26 million cases of typhoid fever are reported annually worldwide. Human contact is the sole source of the infectious bacteria, transmitting the disease through contact with fecal matter through the consumption of contaminated food or water. The most common symptom is a sustained high fever, and if untreated, the mortality rate can be 20%. Typhoid fever has caused major public health problems over the course of the last five decades in Iran. Luckily, as a result of development throughout the country, the number of cases has drastically declined.

Tuberculosis
In 2015, the World Health Organization estimated there had been 13,000 cases of tuberculosis throughout Iran. The tuberculosis-specific bacteria most commonly affect the lungs but are known to spread throughout the body to areas such as the kidneys, spine and brain. The disease is spread through air contact with an infected individual. People near the infected person may breathe in the bacteria and become infected. Often the bacteria will lay dormant, not showing any signs or symptoms within the infected person but will still be able to spread to those around them.

Hepatitis A and Hepatitis B
The Center for Disease Control and Prevention recommends being vaccinated for hepatitis A and hepatitis B before traveling to the Middle East, due to it being one of the most common diseases in Iran. Hepatitis A, a liver disease, spread by consuming contaminated food or water, can cause fever, tiredness, nausea, vomiting, stomach pain and yellowing of the eyes. Hepatitis B is a contagious virus, transmitted through blood and other bodily fluids. Similar symptoms are seen as with hepatitis A.

In research conducted in 2009, in mid-endemic areas, such as Iran, the lifetime risk of hepatitis B infection is 20-60% across all age-groups. A vaccine was introduced in Iran through a National Immunization Program in 1993, required for all individuals under 18 years old. Despite efforts, hepatitis A and hepatitis B remain common diseases in Iran.

Iran’s population is categorized in the CIA World Factbook of having an “intermediate risk” of contracting an infectious disease. With focused programs from government and international organizations, some of this risk can be mitigated and the population can move toward universal prosperity.