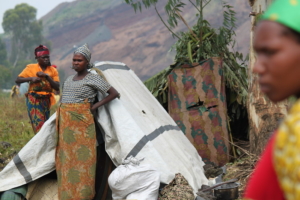 Situated 45 kilometers northeast of Bunia, a hilltop camp in the Democratic Republic of the Congo (DRC) is housing tens of thousands of displaced asylum-seekers. The remote camp, known as “Rhoe Camp,” primarily consists of displaced families seeking to find shelter and safety amid armed attacks in the DRC. Yet, instead of receiving protection, people at the camp face increased violence. Furthermore, they also lack access to basic necessities which negatively impacts their overall well-being. To better understand this crisis, here are five facts about the DRC’s Rhoe Camp.

Although the DRC’s Rhoe Camp is still undergoing extensive humanitarian problems, the camp is making steady improvements due to international efforts. The U.N. and other global organizations are teaming up to distribute critical resources to the impoverished, alleviating the adversities faced by its inhabitants little by little.