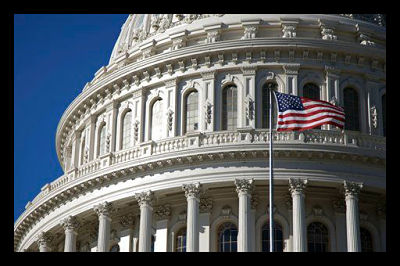 RESULTS is a U.S.-based charity that advocates for the world’s poor. RESULTS uses advocacy to bring the world’s wealthiest governments together to do more to help end extreme poverty.

It relies heavily on volunteers and has partner organizations in four other countries—Canada, Australia, Japan and the U.K.

Thirty years ago, a teacher named Sam Daley-Harris, was inspired by a report from the National Academy of Sciences which stated that ending poverty was possible through strong political will. This led to the creation of RESULTS.

Each national organization has its own campaigns. Canada’s campaigns are nutrition, education, water and sanitation and microfinance. In the U.K., RESULTS is working on campaigns for basic education, child health and tuberculosis.

In the U.S., RESULTS has four main campaigns. The first is appropriation, which works to ensure that Congress continues to fund foreign assistance programs, specifically the ones that are the most effective.

The next campaign works to expand economic opportunities like increasing micro finance and “changing the policies of international financial institutions that hinder development.”

The final two campaigns are ensuring that all children have access to basic education and basic healthcare.

These campaigns are meant to educate communities and individuals as well as congress and the media on global poverty and hunger.

RESULTS U.S. has worked within Congress in support of important legislation like the Education for All Act as well as convincing congressmen to support crucial organizations like the Global Fund to Fight AIDS.

A clear definitive example of how RESULTS operates and achieves results is their written letter to the president in 2010. The letter was co-written with Rep. Barbara Lee (D-CA) and asked the president to pledge $6 billion from 2012-2014 to the Global Fund to Fight AIDS.

An additional 101 members of congress signed the letter and the result was a $4 billion pledge which was a “38 percent increase over the preceding three-year period.”

There are many more examples of successes like this on their website—examples of how advocacy really made a difference.

Charity Navigator has only reviewed the U.S. based RESULTS organization. According to their website RESULTS has complete transparency and accountability with a 4 star rating and a score of 99 out of a 100.

It shows that 90 percent of their budget goes towards the programs they support. This is legitimate charity that anyone could feel confident donating too.

On the U.S. website they use a fitting quote that expresses how advocacy and education about poverty is the best way to end it.