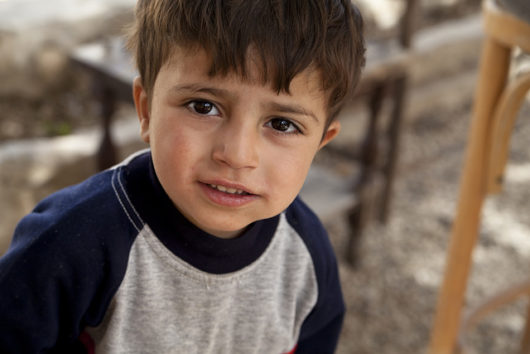 In 2001, John Howard implemented an immigration policy known as the “Pacific Solution.” The new immigration policy changed the requirements about where a noncitizen could apply for Australian protection. Previously, one could apply from any of Australia’s migration zone, which is comprised of thousands of islands off the coast of Australia. Under the change, Australia had made it so only people who reached the mainland could claim asylum. Australia’s navy was also given the power to stop migrant boats in the ocean, and the country officially started offshore migrant-processing camps in Nauru and Papua New Guinea (PNG).

In 2013, under the new Prime Minister Julia Gillard, Australia extended the “Pacific Solution” to include the mainland, which basically meant migrants could be sent to the offshore detention facilities regardless of where their ships landed. Until then, those who reached mainland Australia could not legally be sent to Nauru or PNG. Now, asylum-seekers are held in the camps while their claims are processed. Even if they are found to have valid asylum claim, they are not allowed to settle in Australia. Instead, they may settle on Nauru or PNG. Australia even paid Cambodia $42 million to take four asylum-seekers.

This immigration policy has had its critics, with some organizations claiming that the policy violates human rights. Howard claimed that the program protects Australia from the continuous number of boats and ships trying to land in the country.  However, Australia did grant 13,800 visas between 2013 and 2014 to Syrian refugee who had legally applied through its Humanitarian Programme, so the country is clearly open to housing refugees who enter the country legally. In 2017, Australia had received 35,170 new requests for asylum, with most refugees coming from Iraq, Syria and Afghanistan.

In March of 2018, the 457 visas were replaced by the Temporary Skilled Shortage (TSS) visa. The number of primary visas granted for sponsored workers had decreased by 35 percent from July to September in 2017 compared to the same time frame in 2016. This can be attributed to the fact that the employers wanting to sponsor a 457 worker declined, resulting in a one-third reduction in available jobs.

This new policy will also require workers to have two years work experience to be eligible. Jobs deemed to fall under the Medium or Long-Term Strategic Skills list will give workers a four-year, renewable visa with a pathway to citizenship. However, jobs that fall under the Short-Term Skilled Occupation list will be restricted to a two-year, once refundable visa with no pathway to permanent residency.

Clearly, immigration in Australia is changing. It is unclear to what extent Australia will benefit or suffer from these newly implemented restrictions. One thing is for sure, immigrants seeking asylum are going to have a harder time finding it in Australia.

Reinvent the Toilet: Improvements in Sanitation and Hygiene Decreasing Poverty in the Dominican Republic Via Technology
Scroll to top