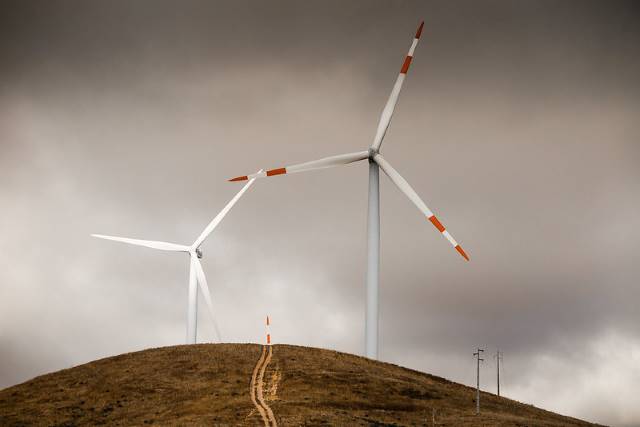 Portugal is taking advantage of its Atlantic coast by investing in offshore wind farms. These developments occur in an effort to reverse the negative economic effects of COVID-19 and downsize energy poverty in the country. The expansion of renewable energy in Portugal has the potential to reduce the country’s expensive dependency on imports while simultaneously creating new local jobs and domestic industries.

The Issue of Energy Poverty

The United Nations defines energy poverty as a lack of “access to affordable, reliable, sustainable and modern energy.” Compared to other countries in the European Union, Portugal endures some of the highest rates of energy poverty, with nearly 20% of the country’s population reporting that they were unable to properly heat and cool their homes in 2018. Compared to the EU’s average of 6.9%, Portugal has a notably high rate. Energy-inefficient homes result in extremely high energy bills for citizens when temperatures fluctuate, especially in the winter. Recent studies show that 75% of the buildings in Portugal fail to meet the required guidelines for heating. This is an issue that has devastating impacts on the overall health of residents.

The Portuguese government does provide discounts on gas and electricity for households that meet certain socioeconomic criteria, and in 2020, nearly 753,000 households in Portugal received the electricity social tariff. Additionally, approximately 35,000 received the natural gas social tariff. However, the development of renewable energy and the subsequent reduction of overall energy costs could eliminate the need for these social tariffs altogether.

The Economic Effects of COVID-19

Like many countries, Portugal’s economy has faced huge setbacks as a result of the COVID-19 pandemic. Its GDP decreased by 8.4% in 2020, “the largest annual decline since 1936.” In order to combat this decline, the country is making strides to expand its renewable energy sector.

The hope is that it can transition from the expensive task of importing fossil fuels to finding innovative ways to generate its own clean energy. Renewable energy in Portugal has expanded greatly in recent years, providing more than 50% of the country’s electricity needs in 2019, with hopes to reach 80% by 2030.

One area of renewable energy in which Portugal has become a leading European country is the development of wind energy. In 2019, Portugal’s Atlantic coast became home to the second floating wind farm in Europe, an alternative to onshore turbines which can disrupt tourism and generate noise complaints. Previously, offshore wind farms were limited to shallow waters, preventing countries like Portugal from taking advantage of the industry due to its deep Atlantic waters.

However, incredible innovation by the WindFloat Atlantic project produced three wind turbines located 20 km offshore from the port city Viana Do Castelo, minimizing disruption to the local fishing industry and taking advantage of more powerful winds and deep water storms. These three turbines alone possess an installed capacity of 25 megawatts. This is “roughly equivalent to the energy consumed by 60,000 homes in one year.” The cutting-edge feat of the Windfloat Atlantic Project has captured the attention of many other coastal countries who hope to develop similar technology and presents great potential for a resurgence in Portugal’s economy.

COVID-19 caused unemployment in Portugal to skyrocket by 36.2% between May 2019 and May 2020. Throughout the pandemic, workers without a higher education degree were most affected, with an average increase in registered unemployment of 38.3% between the same dates. However, the expansion of offshore wind energy is creating new job opportunities for this demographic which do not require higher education.

Wind energy in Portugal currently gives employment to approximately 22,000 people, and the WindFloat Atlantic project, which Ocean Winds implemented in 2011, has created 1,500 jobs for local citizens. Increased dependence on renewable energy in Portugal will also decrease electricity bills for residents and become a pivotal agent in combating energy poverty. Many expect that the pioneer project will grow in the coming years. Portugal is in the perfect position to capitalize on that growth, improving the lives of its citizens and revitalizing its economy in an earth-friendly way.

Like many countries, the effects of the COVID-19 pandemic were detrimental to Portugal’s economy. However, the success of the WindFloat Atlantic project has resulted in more job opportunities for those who became unemployed during the pandemic, a decreased dependence on energy imports and the downsizing of energy poverty due to the more affordable prices that renewable energy sources are able to offer. The cutting-edge technology of Portugal’s offshore wind farm has sparked excitement in many other European nations who hope to develop similar projects along their coastlines. As a new leader in the development of renewable wind energy, Portugal will continue to innovate and pave the way for cleaner, more affordable energy for all.