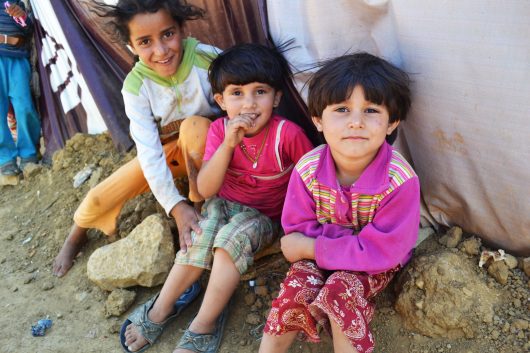 Crossing by sea and land, over 1 million refugees sought asylum in Europe in 2015, according to the BBC. The source says that numbers continue to increase, reaching 135,711 refugees between January and early March of this year.

Those fleeing conflict in Syria, in addition to Afghanistan, Iraq, Kosovo, Albania, Pakistan and other high-risk countries, are often left stranded and unable to return to their home country. Unfortunately, refugees typically have a difficult time assimilating into society when they are accepting into host countries.

In Across Borders, a month-long online conversation hosted by Devex and other partners, Richard Dictus, the executive coordinator of United Nations Volunteers (UNV), writes about the conditions of displaced individuals and asylum seekers.

In addition to the problem of refugee assistance, he notes that human migration brings to light issues surrounding discrimination as well as sexual and gender-based violence within these groups.

Larger international organizations such as the UNHCR Volunteers, the International Rescue Committee (IRC) and Exodus Refugee have been active members in assisting refugees during this crisis.

According to Amnesty International, 104,410 resettlement places have been offered globally since the start of the Syrian crisis. Close to half of these asylum applications were submitted to Germany and Sweden.

In addition to European intervention, United Nations Volunteers (UNVs) working on endeavors in Lebanon, Jordon Turkey, Iraq and Egypt—where more than 4 million refugees from Syria are located—have made a significant impact.

Of note, a collaborative project between the U.N. Relief and Works Agency and the European Union, where national UNV teachers are deployed to schools for Palestinian refugees located throughout Lebanon, promotes the integrity of refugees within the humanitarian crisis with refugee-to-refugee assistance.

The program mobilizes former Palestinian refugees, who have become integrated into Lebanon culture, as administrators to the new wave of refugees. The communication with these refugee volunteers can go along way in providing advice and guidance, since they share similar experiences.

Partnerships both in and outside of the European continue to make headway in terms of providing refugee volunteers and much-needd assistance. Refugee-to-refugee volunteerism serves as yet another way in which human integrity is upheld within a time of great need.