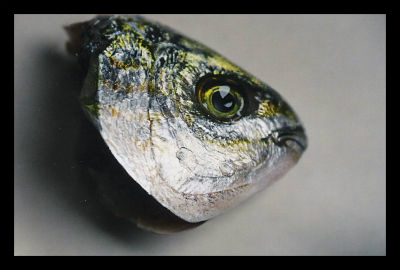 World hunger is affecting a large number of people through malnourishment and general under-nutrition. Malnutrition is something that means a person lacks the elements, in a nutritional sense, that is necessary to be fully healthy. Often, this is either a lack of calories and protein or vitamin and mineral deficiency. In the world today, nearly one in eight people in the world have “chronic undernourishment,” which means they are perpetually in a state of hunger, which often means their children will face that same undernourishment, which creates a vicious cycle much like poverty.

852 million out of the 870 million that are hungry every day are in developing countries, such as in sub-Saharan Africa. Although malnourishment has decreased by 30 percent in Asia, as well as a decrease of 16 million in Latin America, there is still more work to be done to ensure that everyone can have access to the nutrition that they need. The people that are most at risk for hunger are children. Those children that are undernourished can be ill for 160 days or more each year, and it causes five million deaths every year. Diseases like malaria and measles are exemplified in children that are undernourished, and 57% of malaria cases have at least been partially caused by undernourishment.

The saving grace to these harsh facts about world hunger is that the world does, indeed, produce enough food to successfully feed everyone. The only issue is that the food does not actually travel to the developing countries, which means there is food in the world that the undernourished cannot access. Every person in the world could have 2,720 calories per day which is enough for proper nutrition. The issue, then, is the lack of funds to buy food, or the lack of land in order to grow food. Some of the main causes of world hunger are poverty, harmful economic systems, conflict, and climate change. Interestingly, poverty causes hunger, but hunger also leads to poverty, which is a vicious cycle; people stuck in this cycle need help in order to leave the cycle, which requires aid from other countries, in most cases.

So what are the solutions to world hunger? They are more simplistic than one might originally think. One of the main problems is the waste of edible, but “ugly,” vegetables. The food production systems of the world will throw away “unwanted” fruits and vegetables, which is incredibly wasteful. There is a campaign against food waste, partially led by Tristram Stuart, who wrote the book “Waste: Uncovering the Global Food Scandal.” A simple solution is to stop this waste; rather than throw out “ugly” food, give them to those that are undernourished, or charities that can then pass them along to the undernourished. Another solution is to use the leftovers. Food is thrown out every day; perfectly edible food.

Individuals can even help reduce food waste by only buying what they need and saving the leftovers to eat another day. However, this needs to be done on a wider scale, such as in grocery stores or even food production systems as a whole. Finally, preservation is an important issue in regards to world hunger. Consumers and retailers can reduce food waste by stopping impulse-buying, eating food at home, saving leftovers, and reducing trips to restaurants. Of course, never going out is not the solution. Rather, merely being more careful with food is the simplest solution of all, and can be done on all levels, from individuals to large corporations.