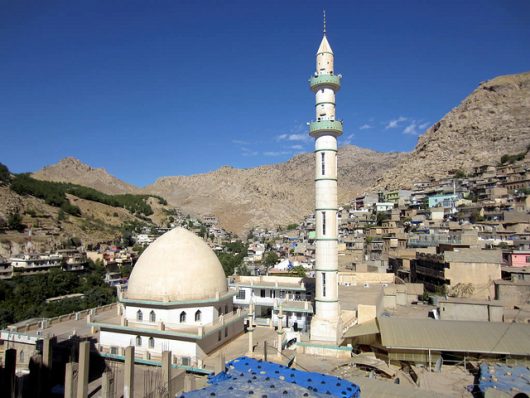 A library in Iraq is receiving the proper attention it deserves after the devastation of an occupation by the Islamic State since 2014. The rebuilding of the Mosul University library has been brought about by volunteers who have attempted to restore what is left of the library’s collection, after hundred of thousands of ancient documents were destroyed.

The Mosul University library and its contents were destroyed during two years of the Islamic State’s occupation of Mosul, in northern Iraq. Iraqi newspapers, maps, books and ancient collects were lost in the burning of the library. During the occupation, 900,000 residents were displaced and thousands of civilians killed amid the fighting.

The independent blogger Mosul Eye has since led a movement to restore what is left of the library’s collection. This has resulted in the movement to recover and donate books to the library. Many were doubtful that the library’s collection had survived, but the discovery of some 86,000 books proved otherwise. Since the discovery of the books, many have been moved to a safer location. According to Irina Bokova, the head of the United Nation’s Educational, Scientific, and Cultural Organization (UNESCO), the destruction of the library “adds to the systematic destruction of heritage and the persecution of minorities that seeks to wipe out the cultural diversity that is the soul of the Iraqi people.”

The efforts of Mosul Eye and volunteers alike culminated in a reading festival that celebrated books, reading, music and poetry. For many, the festival symbolized the resilience of the Iraqi people and their culture against the threat of terrorism. The war on culture that has been posed by Islamic State has led not only to the burning of books, but shrines, statues and other culturally significant sites. However, just as the rebuilding of the Mosul University library serves as a testament, the Iraqi people have proven their resilience in the face of terror.