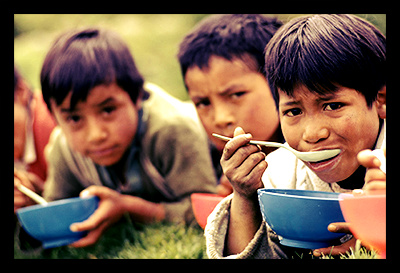 The average person makes approximately 200 food-related decision per day. This statistic makes it seem as though food is one of the few things over which we have control. Or do we? While the choice is entirely up to each individual, do we always have all the knowledge necessary to make an informed decision?

Socially learning which foods are poisonous and which are nutritious was a crucial evolutionary step. But in the era of the grocery store, information about food is abundant and often confusing. What is more, food information provided by labels, the media or even so-called independent reviewers usually comes with ulterior motives.

According to Public Health Perspectives blogger, Beth Skwarecki, the concept of nutrition can be manipulated for marketing purposes or to even create a fear fad. Take, for example, the controversial topic of genetically modified organisms. There is so much information both against and for it that most of the information is more confusing than informative to consumers.

As a teacher of nutrition at a community college, Skwarecki says that it is important for people to develop their “baloney detectors.” Once you understand the science behind each topic, it is much easier to make an informed decision.

This method might work in developed countries, but what about people in poor countries? Residents of the industrialized world have better access to information, so that if someone takes the time to research the issue, he or she can make better food choices. But what about people in developing nations that depend on foreign aid to cover their most basic nutritional needs?

Low income and food insecure people are the most vulnerable to lack of nutrition. According to the International Food Policy Research Institute, while substantial progress has been made over the last decade in agricultural practices, progress in nutrition and health of poor farmers and consumers in developing countries is still slow.

One of the strategies proposed is to increase access to nutritional food. However, this also means implementing educational programs that would allow people to understand where their food comes from, and where to find the most added-value nutrition.

So whether it is for people in advanced nations or in the developing world, one of the most important elements to nutrition is having access to correct information. In the end, this comes back to the most basic notion of having a say in what we eat, and how we allow the content of our food to impact our lives.