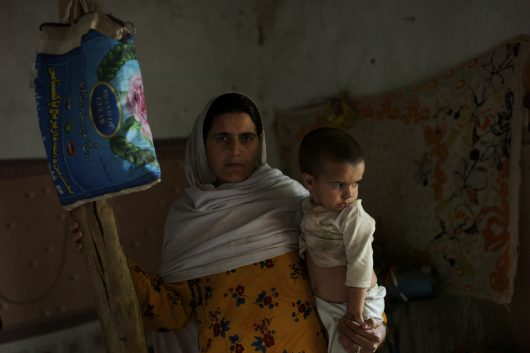 In 2016, Pakistan produced its first report on multidimensional poverty from its Ministry of Planning, Development and Reform. According to this report, almost 39% of Pakistan’s population lives in poverty. This figure is Pakistan’s official Multidimensional Poverty Index (MPI), which was compiled by UNDP Pakistan and the University of Oxford.

Initially, this figure shows a sign of progress, as the rate of poverty in Pakistan has decreased from 55% in 2004 to 39% in 2016. However, this progress has not occurred evenly throughout the country. In urban areas, the poverty rate can be as low as 9.3% while in rural areas the poverty rate rises to 54.6%.

The MPI does not define poverty merely as an extreme lack of wealth. It also takes health, education and standard of living into consideration, hence a multidimensional definition of poverty. The idea is that with a multifaceted approach, poverty in Pakistan can be more understandable and easier to alleviate.

As of 2015, 29.5% of Pakistan’s population was below the national poverty line. In this way of thinking, poverty simply means that one’s income is not enough to purchase a certain standard of goods, mainly food. It is true that poverty in Pakistan is decreasing in that more people have moved out of a situation where they cannot afford food, and this is definitely a sign of progress. However, inequality remains.

Inequality between the upper and middle and lower classes continues to grow, both in income and region, though the gender pay gap has decreased. Dawn, Pakistan’s oldest English writing newspaper, writes, “With the rich getting richer, and the middle class expanding, with political control in the hands of both under the despotism of capital in the neoliberal present, inequality is only going to grow in Pakistan.”

The Minister for Planning, Development and Reform has a plan. The MPI is a tool that will be used for inclusive and balanced growth in an attempt to produce an equal and harmonious society. It “provides useful analysis and information for targeting poverty, and reducing regional inequalities.” Within the next years, it is hoped that poverty in Pakistan will continue to decrease.

Rich in Resources, but Why Is the Democratic Republic of the Congo Poor? The Most Common Diseases in Chile and Great Strides Toward Eradication
Scroll to top