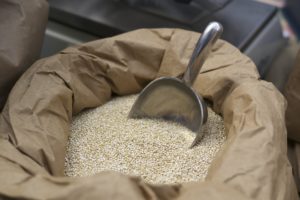 Consumers worldwide recently discovered quinoa’s high nutritional value, earning this food its title of a superfood; in fact, the Food and Agricultural Organization of the United Nations (FAO) dubbed 2013 the International Year of Quinoa. The grain is also an excellent choice for sustainable growth in food-insecure regions, particularly experiencing environmental challenges. There is a relatively positive outlook on the future of quinoa in Bolivia and the Andean region of South America. However, the explosion in demand for quinoa in Bolivia has created several negative consequences.

The Rise of Quinoa in Bolivia

For centuries, quinoa has been a dietary staple for those living in the Andean region of South America. Quinoa is a crop indigenous to this area; people have comfortably relied on the grain for nourishment for nearly 7,000 years. Given its historical link to subsistence, urban Bolivians considered quinoa to be a food reserved only for poor people. In 2000, quinoa was only worth approximately $0.25 per pound. The quick explosion in quinoa’s popularity, however, led to rapid growth in the number of farmers cultivating the crop. By 2014, the price of quinoa increased to as much as $4 per pound — a staggering 1,500% increase from its original price. With this boost in price and subsequent strengthening of the national economy, many farmers were able to begin sending their children to university, purchase motorized vehicles, build new homes and invest in technology to improve their crop yields.

Despite its spike in global popularity, the rise in quinoa costs reduced local consumption in Bolivia by nearly one-third. What was originally fundamental to the Bolivian diet became too expensive for many locals, helping cause the price of quinoa to decline nearly as rapidly as it rose. As recently as 2018, the price of quinoa in Bolivia has dropped to $0.60 per pound. This rapid decline in quinoa prices in countries like Bolivia is also attributable to the increase in quinoa production worldwide: with the product’s increasing popularity came increasing competition from growers in other countries, leading to a forced reduction in prices. Although today’s low cost of quinoa attracts many health-minded consumers, this decline jeopardizes the economic well-being of Bolivian farmers.

In an attempt to remain competitive in the global quinoa market, Bolivian farmers expanded their areas of production. Previously unoccupied land transformed into spaces constantly cultivating quinoa, leading to land overuse. Soil consequently began to suffer erosion and nutrient loss, which created an overall reduction in soil quality. Furthermore, farmers who once raised large llama herds removed llamas from their land to open space for quinoa production. With this lack of animals, though, came a lack of manure to help nurture and protect the soil.

Promise for the Future of Quinoa Production

Fortunately, numerous efforts have emerged to help mitigate the effects of quinoa’s price fluctuations and account for long-term sustainability. The World Food Programme implemented a pilot project in Bolivia to connect local smallholder farmers with municipal food programs. In this system, local food programs provide farmers with a secure and stable market to sell their goods, eliminating the pressure of competing on a global scale.

As quinoa’s popularity continues to skyrocket worldwide, it will become increasingly important for farmers and their local economies to remain efficient and competitive. With involvement from global nonprofit organizations and local cultivators, there is hope that quinoa in Bolivia will become a superfood for consumers and producers alike.