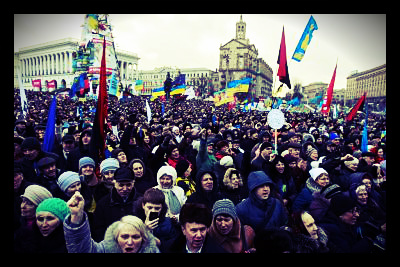 After nearly two months of protest movements ranging across cities of Ukraine, protesters have made landmark achievements towards a government void of corruption.

The social turmoil began when President Viktor Yanukovych backed out of a trade deal with the European Union and went on to receive a $15 billion bailout from Russia. However, anti-protest legislation introduced two weeks ago are what caused the protests to magnify and eventually turn violent.

Since then, opposition movements have placed significant political pressure on Ukrainian leaders. As of January 18, controversial anti-protest laws have been repealed and the very unpopular Prime Minister Mykola Azarov resigned from office.

Azarov’s resignation followed President Yanukovych offering of the Prime Minister job and other senior positions to opposition leaders. The opposition ended up rejecting the deal, asserting that they do not plan on letting up. They continue to press for new and early elections and there are still many negotiations to be made between the Ukrainian government and opposition.

So far, the opposition movements are calling for, “an end to government corruption, freedom for political prisoners and for Ukraine to be aligned with the European Union and not Russia.”

The Ukrainian government also recently signed in a conditional amnesty law for captured activists in which protesters would be given at 15-day deadline to leave the government buildings that are occupied. This also comes after recently allegations of the Ukrainian government for abducting and torturing citizens, including the opposition activist, Dmytro Bulatov.

As the situation in Ukraine has already been established as a human rights nightmare, it is increasingly becoming one with more information on government allegations surfacing. The United Nations Human Rights office has also gotten involved by condemning the cases of torture and is now calling on the Ukraine government to further investigate the situation.

Although the opposition movements in Ukraine have gained significant ground with the resignation of Prime Minister Azarov, the repeal of anti-protest legislation and now with the law of amnesty for all of the political prisoners (as long as protesters vacate government buildings), they are still calling for new elections.

It is unclear at this point, how much further the tension between the Ukrainian government and opposition will last. However, on an international scale, people are weighing in to attempt to resolve the issue.

As a consistent critical of the Ukrainian government’s handling of the past two months, U.S. Secretary of State John Kerry stated that, “Ukrainian president’s offers needed to improve if the opposition were to take them seriously.”