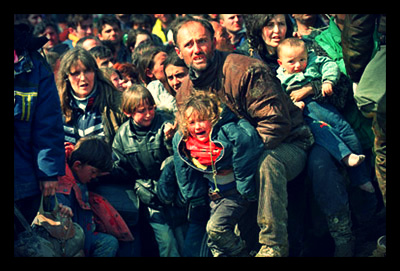 The international community awaits the European Union’s unveiling of a special tribunal for allegations against illegal organ harvesters in Kosovo in the late 1990s. Working for the EU, U.S. prosecutor John Clint Williamson will likely finish his investigation of the claims within this year. The government of Kosovo disapproves of the investigation, as many of its officials are former guerrilla members.

The renewed interest in long-awaited justice provides a grim reminder of a black market system responsible for the illegal global sale of approximately one organ every hour, according to the World Health Organization. In Europe alone, 120,000 desperate patients on dialysis and 40,000 patients awaiting organ transplants continue to buy organs from inhumane origins. Illegally obtained organs derive from a variety of methods including kidnapping, fraud, murder or seizure. The victim is ultimately unaware of the process.

In April of 2013, Serbia arrested five of its citizens involved in an illegal kidney ring serving wealthy patients in North America, Germany and Israel. Lutfi Deruishi, the leader, received an eight year sentence after the court convicted him of luring victims – often from Turkey, Moldova and Russia – to his clinic with the promise a large payout. The organ harvesters removed organs with little or no compensation and abandoned victims at the airport, which is how authorities eventually discovered the group. The prosecutor on the case, Jonathan Ratel, called the crimes a “..cruel harvest of the poor.”

The 2009 arrest of a Brooklyn man, Levy-Ishak Rosenbaum, resulted in the first federal prosecution of organ harvesting in the United States. He brokered sales to New Jersey patients of organs harvested from the poor of Israel and Moldova.

Impoverished Eastern Europeans find traffickers via the internet and believe the price of selling their organs will solve their desperate financial state. Traffickers often transport their victims across borders and threaten violence if the donor refuses to continue with the operation or reports the crime to police. These criminal organizations profit as the middleman between dying patients and impoverished donors, both willing to adopt extremes to survive. On the black market, organs can fetch tens of thousands of dollars – lungs and hearts selling for hundreds of thousands. The 15,000 to 20,000 kidneys trafficked each year account for 75 percent of all annual illegal organ sales.

The 2008 summit in Turkey of the Transplantation Society and International Society of Nephrology produced the Declaration of Istanbul on Organ Trafficking and Transplant Tourism. This document focuses on the state’s responsibility to protect the vulnerable poor. Governments, according to the Declaration, should reinforce programs on kidney disease prevention and proper medical care for donors. Experts believe legislation against organ trafficking will need increased enforcement; additionally, donor pool regulations will need to be reexamined in order to end the exploitation of the world’s impoverished.

How to Start a NonprofitGirls Not Brides
Scroll to top