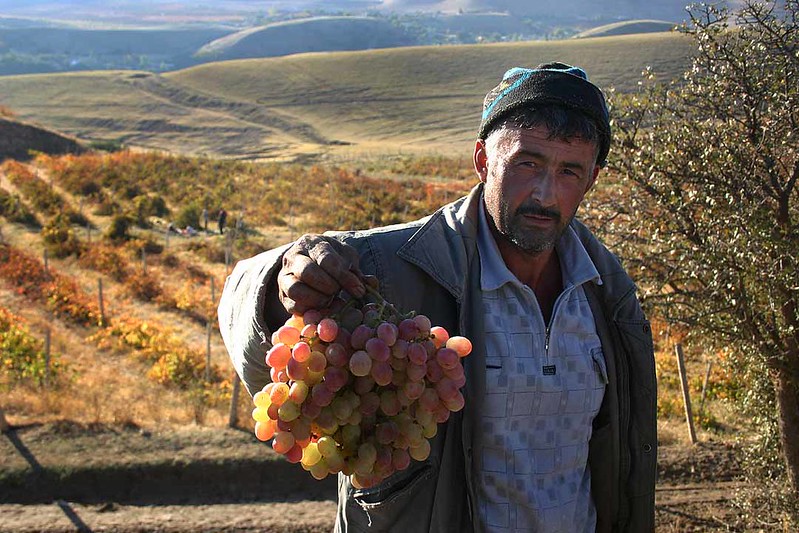 In Tajikistan, irrigation of agriculture is not only vital for food security, but also for economic development. With agriculture contributing to almost 20% of the country’s gross domestic product (GDP) and the livelihood of half of the workforce, water resource management is important in maintaining food security, employment and economic development. However, more than half the country lives on $3.10 per day, and the value of output produced per cubic meter of irrigation remains very low, leading to stressed water resources and food insecurity. Assitance for agriculture projects in Tajikistan is critical to strengthen the economy and livelihoods of its citizens.

The World Bank has implemented agriculture projects in Tajikistan, such as the Second Public Employment for Sustainable Agriculture and Water Resources Management Project (PAMP II), working closely with the Tajikistan government to support water resource management and increase crop yields.

The objectives of PAMP II are the following:

The project’s components include public works and rehabilitation of irrigation and drainage infrastructure, assistance in water resource management and project management.

Daler Abdurazoqzoda with the Ministry of Energy and Water Resources stated that “The World Bank’s support allowed us to advance all aspects of water sector reform – infrastructure, institutions and legislation.”

Additionally, in 2020, the Tajikistan government implemented a new law for Water Users Associations, establishing community-based organizations as part of irrigation governance and empowering them to provide better service to farmers. With this, more than 130 Water Users Associations strengthened to improve the management of on-farm irrigation and drainage infrastructure.

Additionally, the United States Agency for International Development (USAID) has also recently implemented agriculture projects in Tajikistan. In Khatlon, nearly 83% of the population works in agriculture. However, households remain poor, food-insecure and malnourished. Over the last four years, the USAID’s Feed the Future Tajikistan Agriculture and Water Activity has provided support to more than 140,000 households. According to the USAID, the program has provided “short-term agricultural sector productivity and food security training, support with improved technologies and management practices for 127,250 women across the Khatlon Province.”

Other benefits of this support include the introduction of new crops, installation of irrigation water measuring devices and enhanced livestock genetics. For smallholder farmers, gross margins increased by 194% and sales reached $3 million. By implementing projects in Tajikistan, the USAID largely contributed to poverty reduction and increased education and nutrition in the country.

Other Support Projects in Tajikistan

In addition, the World Bank continues to provide support for other projects in Tajikistan as well, such as the CASA1000 Project, Social Safety Net Strengthening Project and 14 other projects with commitments of $625 million. These projects provide other services and infrastructure that are also critical to the country. The CASA1000 project in Tajikistan, for example, will invest in improving local infrastructure and public services by financing the rehabilitation and upgrade of village-level electricity infrastructure and equipment to increase the reliability and quality of electricity services.

As projects like these continue throughout Tajikistan, they will contribute to the livelihood of citizens across the entire country, reducing poverty levels and providing necessary knowledge and support for long-term infrastructure.