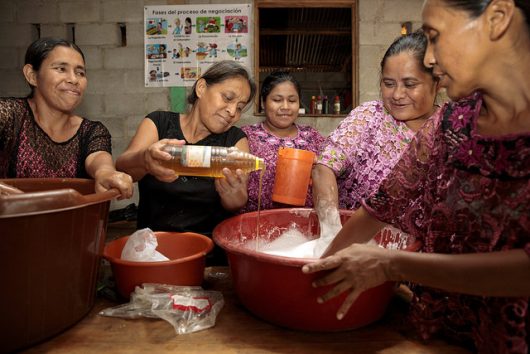 Recent months have seen several instances of progress in U.S. foreign policy, specifically in terms of foreign aid initiatives. In the span of little over a month, from mid-June to late-July, four such initiatives have come one step closer to making it through Congress. These initiatives are described in the text below.

In 2017, the Food and Agriculture Organization of the United Nations (FAO) cited the number of people suffering from chronic hunger at 815 million, which is 10 million more than when the initial legislation was drafted. Of this number, 489 million people were living in areas experiencing conflict.

U.S. foreign assistance seeks to install agricultural development programs in target countries that will use innovative science and technology to make the most of agricultural resources. In fostering food security and economic growth, increased productivity in agriculture will alleviate both hunger and poverty, in addition to stabilizing populations that are especially vulnerable to conflict and environmental hardship. The stabilization of these countries ultimately bolsters U.S. national security.

The House of Representatives passed the Women’s Entrepreneurship and Economic Empowerment Act of 2018 on July 17, 2018. It is now under review by the Senate Foreign Relations Committee.

These factors all contribute to the reality that women comprise the majority of the world’s poor, rendering them more susceptible to violence, exploitation and poor health.

If this bill is implemented, the United States Agency for International Development (USAID) will work with countries to develop standards for gender equality and reduce gender violence. The agency will also support programs that establish and ensure equal rights to ownership and equal economic inclusion.

In 2016, the McKinsey Global Institute estimated that women’s equal participation in economic activity would add $28 trillion to the global GDP by 2025.

July 17, 2018, saw another instance of progress in U.S. foreign policy with the House of Representatives also passing the BUILD Act. The bill has gotten through the Senate Foreign Relations Committee and is under further consideration by the Senate.

Through loans, investments and partnerships with American businesses, the USIDFC would encourage and facilitate the investment of American private sector resources in developing nations. In financing business endeavors in these countries, the bill serves to create jobs, thereby stimulating their economies. This economic stimulation would make developing countries capable to afford infrastructure development projects.

The ultimate aim of the BUILD Act is to reduce the need for U.S. foreign aid by catalyzing modern development and bringing relations closer to an equal partnership. Congress expects that the USIDFC will go beyond self-sufficiency to bring in revenue to the U.S. Treasury.

The Protecting Girls’ Access to Education in Vulnerable Settings Act made it through the House of Representatives on Oct. 3, 2017.  On July 26, 2018, the Senate Foreign Relations Committee finally passed the bill along to the Senate for consideration.

As of June 2018, disaster and conflict have displaced upward of 68 million people, out of whom 25 million are refugees. Over half of the refugee population are children, and almost four million of these children lack access to primary education. The average length of displacement is 26 years, meaning that the affected children are at risk of never receiving an education. And yet, as of 2016, under 2 percent of all foreign aid has gone toward ensuring education for children in need.

If enacted into law, the bill will mandate the U.S. to work with other countries in making education accessible to all displaced children. By educating children, countries combat poverty, exploitation and extremism, which thrives in areas of hardship. As its name suggests, the legislation would give special priority to girls, who are both economically disadvantaged and more vulnerable to sexual exploitation, human trafficking and child marriage.

Although these initiatives are designed to directly impact nations in need, each of them would also have an indirect positive impact in the U.S. and around the world.

Whether helping to stimulate the global economy, improving overall global health or ensuring that human rights that are upheld around the world, global interdependence means that progress in U.S. foreign policy could lead to progress around the globe.

The recent steps that Congress has taken to approve the foreign aid legislation cited above have brought hopes for this goal of becoming reality.

One simple way to find out more about these and similar issues is the direct contact with the Congress, which is easily possible through The Borgen Project, more specifically, through this link.