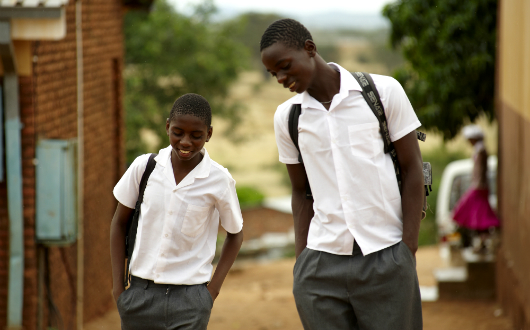 This past weekend, many international leaders and education advocates met in Oslo to discuss strategies on how to meet the Millennium Goal of education, as well as discuss the price to educate the world. Among the attendees were UN secretary-general Ban Ki-Moon, Malala Yousafzai and former British Prime Minister Gordon Brown.

Ms. Yousafzai addressed the congregation, urging the international community to spend more money on projects to provide education to those in poverty. She told them, “We will not stop. We will continue to speak out and raise our voices until we see every child in school.”

When the world’s leaders met during the Millennium Summit in September of 2000, they outlined eight core areas of need to reduce extreme poverty in the world. Among those eight core areas, one of the goals was to ensure that, by 2015, children everywhere, boys and girls alike, would be able to complete a full course of primary schooling. To this day, only two of the eight goals have been met, and education is not one of them.

According to the Malala fund, the NGO she helped start, Universal fee-free primary and secondary education for a 12-year period costs an estimated $340 billion per year through 2030. The United States defense budget was $526.6 billion in 2014 alone.

In a July 2015 report released by the United Nations Educational, Scientific and Cultural Organization (UNESCO), the number of out of school students around the world is on the rise, reaching 124 million in 2013. That figure includes 59 million primary students and 65 million young adolescents aged from 12 to 15 years old. This is up from the 122 million that was reported in 2011.

Age is not the only disparity in the fight to educate all children. Efforts to abolish gender gaps have broken down in recent years. Although they are better than in the earlier 2000s when the program was initiated, progression has gone stagnant. According to the 2013 figures, 1 in 10 girls and 1 in 12 boys were out of school in 2013.

The study gives two explanations for the recent decline. First, the sub-Saharan countries are finding it hard to keep up with the rising demand of school education from the school-age population that is experience a surge in population.

Secondly, the old business model that was proposed in the early 2000s is outdated. That model included abolishing tuition fees, the construction of new schools and a system of more teachers, classrooms and textbooks.

This is definitely a step in the right direction, but will require more cooperation and resources from the international community and national governments. The World Bank has invested US $4 billion in education alone. This year, they have created a new Results in Education for All Children Trust Fund (REACH). Norway was the first donor followed by USAID. That aid must be used efficiently and with proper strategy.

According to the UNESCO report, what is needed now are “targeted interventions to reach the most marginalised children and youth who are out of school today, including those with disabilities; from ethnic, religious or linguistic minorities; and children affected by armed conflict.” Continuous citizen advocacy is need to make sure U.S. foreign aid stays consistent over the course of the next 15 years in its commitments to universal education, or else the price to educate the world will go even higher.

The Jompy Water Boiler: A Lightweight, Inexpensive SolutionWork of the Liberian Peace Corps
Scroll to top