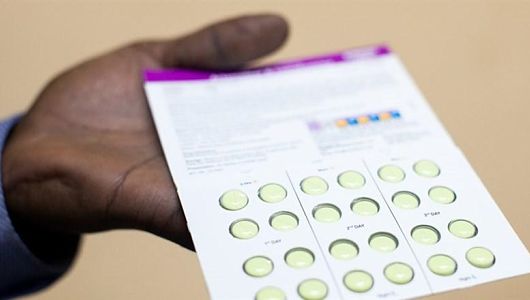 By acting quickly and efficiently, PMI has helped to reduce malaria mortality by 50 percent since 2005. Over 6 million people are alive today – without the influence of PMI, they would have died from malaria.

Since its creation, PMI has expanded and has helped hundreds of millions of people by core preventative strategies: providing people in high-risk zones with durable and insecticide-treated mosquito nets, antimalarial treatment options, fast-acting diagnostics, indoor anti-mosquito spray and prevention options for pregnant women.

Malaria is a disease carried by mosquitoes, which bite and infect people, leaving them ill with fevers, chills and symptoms associated with the flu. If the disease is not treated, people are at risk of death. In 2013, 198 million cases of malaria were reported, and of those, half a million people died. Many of these deaths were children under the age of 5.

The World Health Organization estimates that 106 countries and 3.4 billion people are at risk of malaria infection.

Mali is an example of where PMI has contributed to improving the quality of life of citizens through malaria treatment. The entire population of Mali is at risk of contracting malaria with 90 percent of citizens living in the central and southern regions where the disease is endemic.

People in transit, perhaps fleeing their homes due to displacement, are even more at risk because of their weaker immune systems. Malaria is the primary cause of death in Mali, especially for children under the age of five.

Despite malaria’s omnipresence in Mali, the devastation caused by malaria has diminished since PMI’s inception in 2005. The mortality rate of children under the age of 5 has decreased by 50 percent in 2013.

PMI’s success is not limited to Mali – the Initiative has made incredible progress across Africa. It has distributed over 31 million mosquito nets, sprayed over 5 million households with insecticides (impacting 18 million people), given over 13 million antimalarial medications for pregnant women and trained over 27,000 health workers.

According to the Bill and Melinda Gates Foundation on their website, Impatient Optimists, “Malaria is clever, resilient and capable of evading our most dependable interventions. If we aim for a malaria-free world, the global response must constantly evolve and adapt to challenges that don’t even exist yet.” The strategies that have worked in the past may not work in the future. Eradicating malaria fully will be a constantly transforming process.

In partnership with the President’s Malaria Initiative and other organizations, the Gates Foundation is committed to eradicating malaria in the future. On Impatient Optimists, the Foundation highlighted its goals broadly: “We need to expand access to prevention, diagnosis and treatment, which PMI has proven capable of doing on a massive scale. We also need to build stronger health systems and introduce new tools and strategies, an increasingly important part of PMI’s work in recent years.”

The reduction of malaria in the world so far illustrates the potential for completely eradicating malaria in the future — a goal that will save millions of lives.

Gaming For Good: Changing Lives Through Gaming Why the Number of Syrian Recruits is Not Surprising
Scroll to top