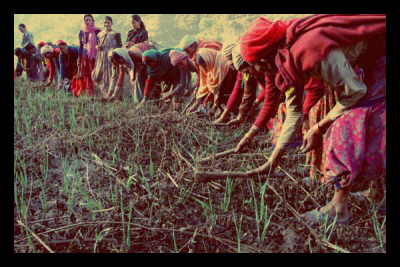 Many educated people casually assume that the human species has grown more advanced over time. After all, the developed world is full of modern conveniences that were not even conceivable two generations ago.

There’s an argument to be made that that the developed world’s blind reliance on modern technology is largely inferior to the practicality of low-tech traditional knowledge. In many cases traditional methods of agriculture and resource usage is simply more responsible and better for the environment than modern practices.

The Convention on Biological Diversity (CBD,) for one, supports traditional agriculture, claiming that, “Many [indigenous communities] have cultivated and used biological diversity in a sustainable way for thousands of years. Some of their practices have been proven to enhance and promote biodiversity at the local level and aid in maintaining healthy ecosystems.”

The CBD argues that these eco-managerial roles are important for the developed world to look to as a model in how we perceive our environment. The West, in particular, often looks down on these otherwise poor, and undeveloped communities because of their lack of modern convenience.

Certainly indigenous communities have many challenges with health and sanitation that advanced societies do not, but these differences are not so imbalanced in favor of modernity as we might think.

At its roots, traditional knowledge is science in its purest form. It is simple, with empirical observations about the land and its inhabitants. It extends in all areas of scientific pursuit: geology, ecology, astronomy, and physics. You name it, there is an indigenous understanding for it across cultures.

Unfortunately, many of these practices are already lost forever. The loss of traditional knowledge is not just the lost of antiquated techniques, it’s also a loss of culture. As traditional knowledge is crowded out by more efficient and modern practices, it is not just the environment that suffers, but it is also the people who identified themselves by an ancient way of life.

Without some thread of connection to the past, people can become really lost. And though not all ancient practices are worth adopting, not all of them are worth rejecting either.

In this global age where there is such a tremendous convergence of culture, it is important to look to (and retain) the understanding of indigenous peoples. The ecological and cultural gain we have in preserving traditional knowledge is tremendously greater than any gain we might acquire from ease of modern technology.