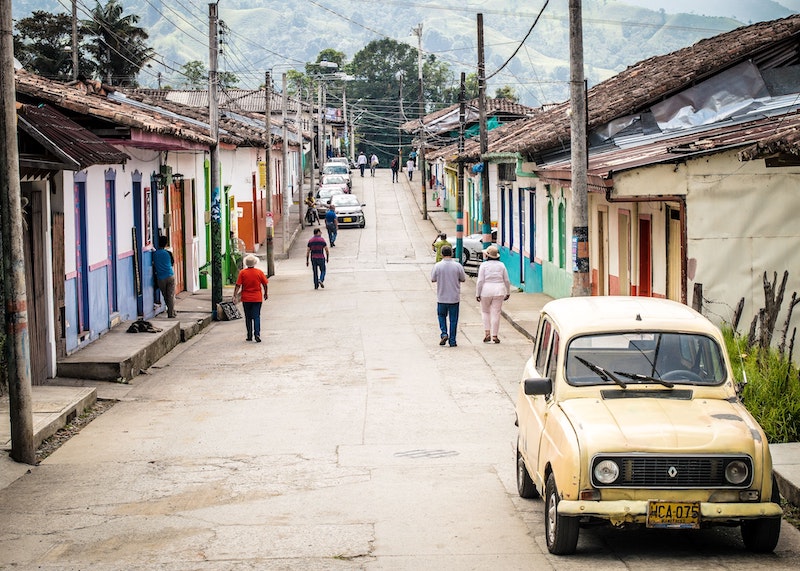 Colombia is a country located in Northwestern South America with a historically high poverty rate, exacerbated by the economic turmoil in the country during COVID-19. Inflation onset by the pandemic targeted Colombia’s primary industries, which included construction, mining and retail. These industries all fell by 27.7%, 15.7% and 15.1% respectively in 2020. Overall, the Colombian economy declined by a total of 6.8% in total as a result of the collective recession of major industries within the country. This resulted in Colombia’s GDP growth rate falling from 3.2% in 2019 to -7% in 2020.

With the apparent downturn in Colombia’s economy, issues such as unemployment and poverty became more prevalent in the country. This warranted concern as before the pandemic more than one-third of the population already lived below the poverty line in 2019 and Colombia ranked as one of the most unequal countries in the world in terms of income. Recent changes and discussions in Colombia’s government, however, promise a future of poverty reduction in Colombia.

Colombia swore Gustavo Petro into the presidency on August 7, 2022. Regarded as one of the closest elections in Colombia’s political history, Petro outwon his running mate Rodolfo Hernández by a 50.48% majority and made history by becoming Colombia’s first left-wing president. He looks to the goal of closing all inequity gaps within Colombia, including the wealth gap. Petro is actively working toward achieving his goal of economic reform in Colombia to counter the issue within the country.

Projections have indicated that Petro’s proposed legislation will raise more than $11.5 billion annually to combat poverty in Colombia through two key actions. Firstly, the plan involves taxing the top 2% of Colombia’s highest earners. Petro stated that Colombian society should not view this action “as a punishment or a sacrifice,” but rather, “a solidarity payment that someone fortunate makes to a society that has enabled them to generate wealth,” The Guardian reported.

Secondly, Petro plans to implement an additional levy on energy and mining exports, sectors that significantly contribute to Colombia’s financial revenue. He aims to “add a 10% tax on some of Colombia’s biggest exports — oil, coal and gold — after prices rise above a certain threshold,” The Guardian reported.

Petro believes that these two major changes are the key to overall poverty reduction in Colombia. The proposal has received mixed reactions. Petro’s supporters are hopeful as they are happy to see his campaign promises come to fruition, meanwhile, others are skeptical, believing that Petro is too altruistic and is targeting the wealthy.

In 2019, Colombia’s wealthiest 20% “earned more than half of all income made” in that year, says Colombia Reports. The president’s proposal of taxing the wealthy will help to reduce inequality in Colombia and ensure a more fair distribution of wealth. This proposal will not only aid Colombians living in poverty but will also significantly aid with post-pandemic economic recovery.