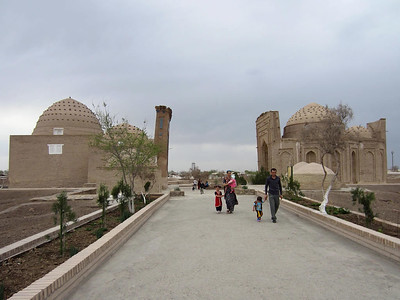 Turkmenistan is a country in the Central Asian region with a population of more than 5.6 million and a coastline along the Caspian Sea between Kazakhstan to the north and Iran to the south. Prior to gaining independence in 1991, Turkmenistan was a Soviet republic.

The country is well-endowed with energy reserves including natural gas and oil, and its economy is highly dependent on energy production and exports. In addition, Turkmenistan is rich in cotton, another highly exported commodity. Although 48.2% of the country’s labor force works in agriculture, this sector represents only about 8% of its GDP. Turkmenistan, moreover, continues to grapple with substantial barriers to economic and political progress, subjecting many of its citizens to poverty and other sources of hardship. Here is some information about poverty in Turkmenistan.

4 Facts About Poverty in Turkmenistan

While official estimates for poverty in Turkmenistan are low, at 0.2%, there are several drawbacks that the country faces in regard to both its economy and its social and political standing. These range from the need to diversify its economic model from its heavy reliance on energy export revenues to the promotion of a more free business and investment climate. In the meantime, international cooperation and coordination ought to strive to ensure that the recent food shortages in Turkmenistan do not escalate into a full-fledged hunger crisis.

Poverty in Djibouti: A Galvanizing Government Invests in ActionThe Key to HIV Prevention in Sub-Saharan Africa
Scroll to top