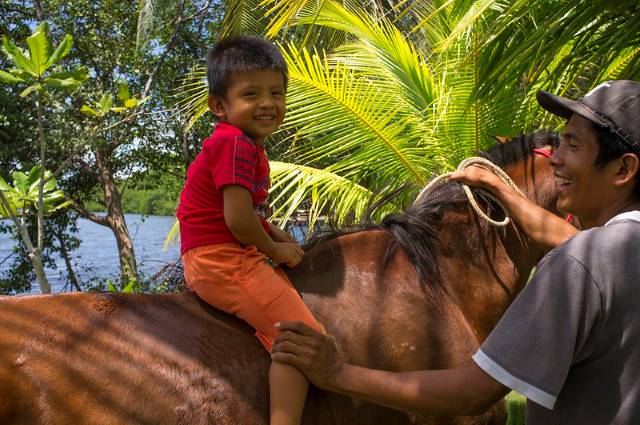 Panama — the narrow bridge of land that connects North and South America. The tropical country is renowned for its natural beauty and diverse plant, animal and birdlife. Yet, all that glitters is not gold. Panama’s economy is highly unequal and there is a wide gap between the wealthy and the impoverished. Poverty in Panama is as much of a prominent feature of the country as its landscape.

Ethnicity and geographic location determine one’s poverty level in Panama. Panamanians who live in rural areas do not have adequate access to resources, such as hospitals and schools. This is a result of the lack of infrastructure as well as few professional doctors and teachers or mentors in rural areas.

Panama is the second-worst in income distribution in Latin America, which leads to sector-specific poverty. Unpaved roads in the country make travel especially difficult for farmers. Accordingly, farmers do not end up selling their crops in big cities where they can earn a larger income. Thus begins a chain of poverty in Panama that materializes as poor hygiene and sanitation, child labor, malnutrition, and eventually, another generation living a poor quality of life.

About 27.7% of Panamanian children live in poverty and 12% experience malnutrition. Failure to register children at birth causes many to go without citizenship. Thus, the government is uncertain of the nation’s exact child population and cannot justly allocate money to the “nonexistent.”

Around 15% of children are victims of early marriages. The legal age to marry in Panama is 16 for boys and 14 for girls. However, most of these children are not registered with the government, so parents marry children off at ages as young as 10, mostly to escape the circumstances of poverty.

The minimum age for working in Panama is 15. Even with this being the case, 5-year-old children often work carrying bricks on construction sites. Several underage workers, or child laborers, even appear in big cities like Panama City and Tocumen. To earn a few dollars more, families force their children to work. However, this comes at the cost of children losing education and facing exploitation.

The Rays of Light

Panama is taking steps to fight poverty. From 2015 to 2017, poverty in Panama declined from 15.4% to 14.1%. In the same time span, extreme poverty decreased from 6.7% to 6.6%. Additionally, multiple NGOs are working to address poverty and other prominent issues in Panama.

The Calicanto Foundation, established in 1994 in Panama, aims to empower Panamanians living in poverty. The organization runs a “personal and professional/vocational training program for women who live in marginalized communities with high levels of poverty.” At the end of the program, participants receive a certificate for employment in the hospitality sector. These skills empower women to achieve economic sufficiency to support their families and break cycles of poverty.

The country, with aid of NGOs and the government, has the potential to bridge the income inequality gap and establish an equitable society for all, regardless of class, region or ethnicity. Panama can be as bright and colorful as its beaches for not only the urbanites but also the rural citizens.