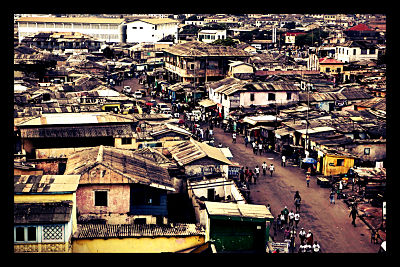 Ghana is the only country in Sub-Saharan Africa that has met the Millennium Development Goal of reducing extreme poverty in half by 2015, and it is also among the most developed countries in the region.

According to the World Bank Group, 24.3 percent of Ghana’s population is living below the poverty line, down from 31.9 percent in 2005. Even with substantial developments, there still remain certain challenges that hinder progress in Ghana. Similar to many nations in the developing world, poverty in Ghana is largely due to social and economic inequalities among its citizens. Ghana’s economic growth has also slowed down significantly over the past few years, affecting many cities across the region including the capital of Accra. According to the World Bank Group, the gross domestic product (GDP) declined from 7.3 percent in 2013 to an estimated 4.2 percent in 2014. The slowed growth was a result of inflation and a fall in currency, which has also impacted many areas in the region such as Accra.

Accra, the capital of Ghana, is considered one of the largest cities in the country. The country has an estimated population of more than 2 million people and holds approximately 10 percent of Ghana’s entire population. Although Ghana’s economic progress has slowed down, its capital is still a leading force in the nation. For example, Accra has among the lowest poverty rates in the country when compared to other cities in the region.

The city serves as the focal point for the region’s economic development, with the service industry employing over 530,000 people. However, the city also has a high unemployment rate with approximately 12.2 percent of the population, amounting to 114,198 people, reportedly unemployed. This is a contributing factor to Ghana’s urban poverty. The population dwelling within the city relies heavily on employment and income, both of which are critical sources for sufficient livelihoods. In turn, high food prices and income inequalities further impact urban poverty in Accra.

Apart from city dwellers, poverty permeates a significant amount of rural areas in Accra. There are 79 communities within Accra including Ga Mashie, James Town, Chorkor and Nima, identified as three of the most high poverty communities in the region. The indigenous populations found throughout Accra are some of the most vulnerable. For example, communities in areas like Ga, which had initially derived its livelihood from farming and fishing, are now considered to be among the poorest in the region. Additionally, households headed by women within these communities experience significantly higher poverty rates.

The reason why Accra still has a large percentage of the population living below the poverty line is partly due to the lack of information provided about these communities. It is difficult to focus on an area with need when not enough information or knowledge is being conveyed; as a result, progress in the area has been hindered.

Even with all the challenges Ghana has been facing, it is still one of the most developed countries in the region. Urban and rural poverty resulting from social and political inequalities are reason enough for concern, even as Accra remains one of the more stable and developed cities in the region. With a more focused post-2015 development framework that addresses the social and economic inequalities in Ghana, the region can continue progressing.