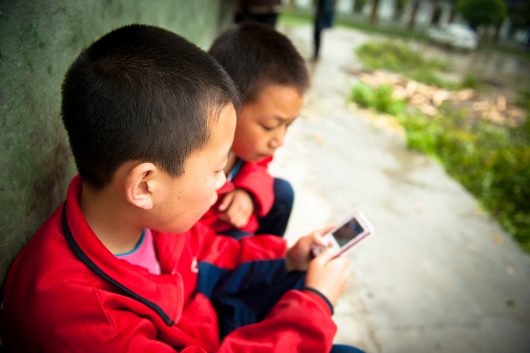 A white paper released on Oct. 17 reveals China’s progress in poverty eradication as well as governmental measures taken to improve prosperity. According to this document, the main priority of poverty relief measures was improvement and expansion of quality education in China between 2011 and 2015.

Over the past three decades, China has lifted more than 700 million citizens from poverty, accounting for 70 percent of the world’s total across that time. Through this experience, China has gained a wealth of knowledge in crafting and implementing development-oriented poverty relief policies. The white paper confirms that from 2011-2015 such measures placed particular emphasis on education.

The government enacted policies to promote compulsory education in China, bridge the education gap between rural and urban areas, grant living subsidies to students and improve education infrastructure in poor and rural regions. These measures were supported by the government’s investment of 189.84 billion yuan ($28.17 billion), and an additional 14 million yuan earmarked for living quarters for teachers in rural areas. In less-developed central China, the efforts resulted in a 30 percent increase in children enrolled in kindergarten.

China’s commitment to and success with poverty reduction demonstrates a commitment to the United Nations Millennium Development Goal (U.N. MDG) of eradicating extreme poverty. The U.N. MDG report shows that the proportion of Chinese living in extreme poverty fell from 61 percent in 1990 to 30 percent, and again down to 4.2 percent in 2015.

The Chinese government has made it a top priority to complete poverty eradication by 2020. By addressing needed changes to the education system, the government presents a commitment towards sustainable poverty eradication. Funding education in China will help ensure the prosperity of future generations, and China’s efforts provide a promising model for global poverty reduction.