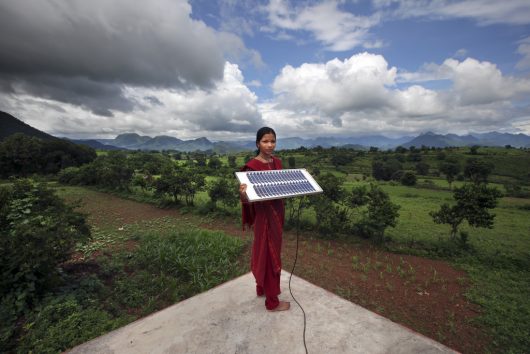 According to the International Energy Agency, 1.2 billion people are without access to electricity globally. Over 95 percent are located in either sub-Saharan Africa or developing Asia, and 80 percent live in rural communities. Access to clean energy sources directly affects health, education and income, putting rural communities at a severe disadvantage.

The Global Innovation Fund is a nonprofit dedicated to investing money in new innovations that combat poverty issues in the developing world. One of their recent investments aims to combat the clean energy disparity in rural communities in Africa. PoaPower provides energy to rural communities at an affordable “pay-as-you-go” rate. The Global Innovation Fund has invested £150,000, or just over $191,970, in a pilot program based in Kenya that has brought energy to over 100 households.

In 2015, over 34 million Kenyans lived in rural communities throughout the country. Located in eastern Africa, bordering the Indian Ocean, Kenya’s primary energy usage is industrial. According to PoaPower, 80 percent of Kenyans lack affordable electricity, with data showing that 75 percent of families have children that require adequate lighting to finish homework. Another issue is the use of kerosene lamps in homes that have risks of indoor air pollution and fires.

By signing up with local PoaPower agents in their area, Kenyan households are able to receive enough energy to run their homes on an affordable “pay-as-you-go” model through the pilot program. The model allows for PoaPower to sell energy at a metered rate with no upfront costs. This allows even the lowest income households to receive energy quickly and when they need it. PoaPower provides energy to rural communities in Kenya that would otherwise be completely off-grid.

Testimonials provided by PoaPower include that of Samuel Mwangi, who stated, “Although power lines run over my house, I could not afford the connection fee. Now with PoaPower I have all the electricity I need – it’s even enough to run my laptop!”

In 2015, PoaPower received recognition for its efforts from Menorca Millennials, who invited the team to a 20-day focus program in Spain highlighting startup innovations that focus on tackling world issues on a global scale with new business models such as their pay-as-you-go program.