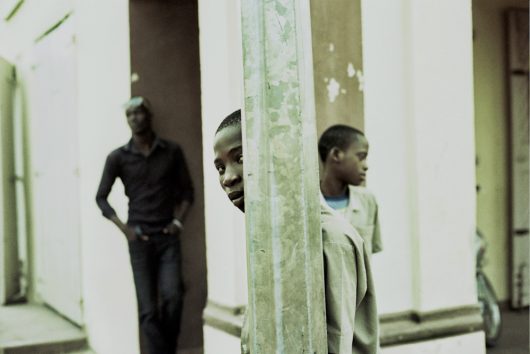 When you have enough money and food to be comfortable, it can be easy to be unaware of just how many people in the world are lacking in these basics. Sometimes an inspiring film can really drive this point home, with moving stories and imagery that make it shockingly clear that millions of people in the world struggle with poverty every day. These are a few of the documentaries and films about poverty that give an idea of what poverty is like, or attempt to explain the nature of poverty.

We Feed the World: This film examines the contrast between the overproduction and waste of food among the affluent and the scarcity among those who are hungry. Food production is also explored. The story is told via an interview with U.N. Special Rapporteur on the Right to Food, Jean Zigler.

Slumdog Millionaire: One of the most popular films about poverty, Slumdog Millionaire is about how an orphan growing up in poverty in Mumbai comes to be a contestant on India’s “Who Wants to be a Millionaire?” The question is, how did an uneducated orphan come to have the answers to some many of the game’s trivia questions? Moving visual imagery and dramatic storytelling bring both the reality of poverty and the hope amidst it to life.

A Place at the Table: This film, featuring actor-director Jeff Bridges, examines hunger in the U.S. The staggering statistic of 50 million Americans living in household lacking food security is given and this in the “richest country in the world,” reported Bills Moyers & Company. A Place at the Table tells us not only how many Americans are going hungry, but what tax dollars are being spent on instead. It also follows the lives of Americans living with food insecurity. Often they are people who are working full-time. Despite adding many food banks in the U.S., the problem persists.

The End of Poverty: This is another film that asks why there is so much poverty existing alongside so much wealth in the world. Directed by Philippe Diaz and narrated by Martin Sheen, the film takes the view that our current economic system is not only responsible for this situation, but perpetuates it and keeps it from truly changing. A look is taken at policies that keep rich countries rich, and poor countries poor.

Poverty, Inc.: This documentary takes a hard look at how the system of giving aid is and is not working. Although the film acknowledges the good in giving, it raises the question of what happens once money or aid is given. Are there unforeseen consequences? Sometimes aid can create dependence in a community in need. It’s important to examine the most efficient strategies for helping communities to rise above poverty and learn the tools to keep themselves out of it.

These thought-provoking documentaries and films about poverty bring new perspective to how we think about giving aid to those in poverty.