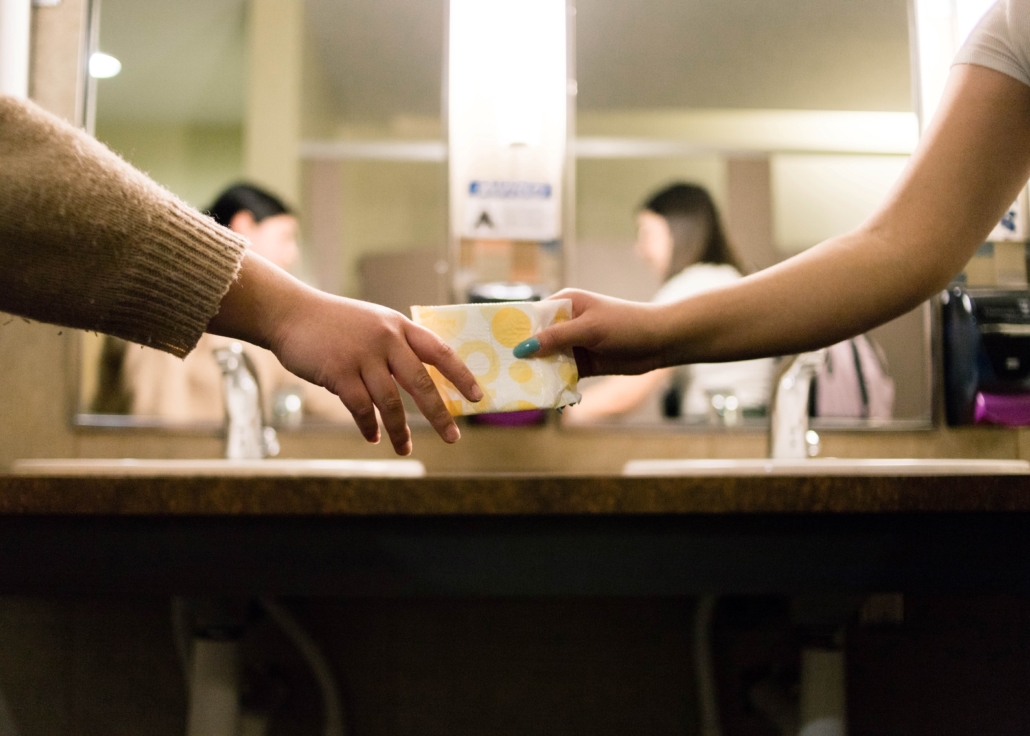 Period poverty refers to the “struggle many low-income women and girls face while trying to afford menstrual products.” This term also encompasses the “increased economic vulnerability” females face because of the economic burden caused by the high prices of menstrual supplies. This is an issue visible worldwide, but one that Canada’s provinces and municipalities have already begun tackling. In fact, the fight against period poverty in Canada has been ongoing since 2015.

In 2020, close to 25% of Canadian women and about 33% of women younger than 25 faced financial hardship in securing “menstrual products for themselves or their dependants.” In that same year, it was estimated that “Canadians who menstruate typically spend up to $6,000 in their lifetime on menstrual hygiene products.” For women who live in remote or rural Canadian areas, the cost is even heftier —  women pay twice as much for menstrual products.

In 2021, a  Plan International Canada survey indicated that 63% of Canadian females “regularly or occasionally missed an activity because of their period” or due to “concerns about not being able to access menstrual hygiene products or proper facilities.” The report also showed that 34% of Canadian females “have had to regularly or occasionally sacrifice something else within their budget to afford menstrual products.”

It was due to these findings that the government of Ontario began working on reducing period poverty in the province. After months of collaboration and negotiation, in October 2021, the Ontario Government began a three-year partnership with Shoppers Drug Mart to increase access to menstrual supplies. According to Minister of Education Stephen Lecce’s announcement, the government would distribute “six million free menstrual products per school year to school boards.” This made Ontario the first of four provinces to “take action on the issue of period poverty in schools” and one of the first to actively fight period poverty in Canada.

Associate Minister of Children and Women’s Issues, Jane McKenna, has shown high hopes for the new program: “Our government is committed to reducing stigma and removing barriers that prevent women and girls from achieving their full potential.” McKenna stated that free menstrual products in schools “will help create more equitable environments. The partnership is working to advance female health  in order to help all “young female Ontarians to succeed, flourish and grow.”

Another example of how Canadian provinces fight period poverty in Canada is the removal of the “tampon tax.” Tampon tax refers to the specific tax placed on menstrual products such as tampons and sanitary napkins. Canada lifted this tax on period products in 2015, making the products more affordable for some but not all. For many facing economic challenges or enduring insecure housing, menstrual products are still unaffordable.

And for some, menstrual hygiene “becomes a choice rather than a necessity as they often have to choose between a meal or [tampons/sanitary napkins].” This has led to reports of many women and girls who struggle economically using unhygienic and unsanitary items such as “rags, dirty socks, paper towels and newspapers,” which puts them at risk of health issues such as toxic shock syndrome and other infections.

However, although the fight against period poverty in Canada has begun and is ongoing, there is still room for progress. Nonetheless, because the Canadian “provinces have general jurisdiction over health care,” Parliament has used its “federal division of powers” to begin programs to increase “access to free menstrual products” in many Canadian provinces and municipalities.

For example, similar to Ontario, British Columbia and Nova Scotia also provide free menstrual products in schools. The Canadian Government is also revising and evaluating policies as well as seeking feedback about different initiatives to provide “free menstrual products in federally regulated workplaces.” The government is working to address “menstrual equity at the national level.” Thus, despite some delays that the COVID-19 pandemic caused, the Canadian government recognizes this issue and continues being receptive to helping resolve the issue, which could lead to menstrual products becoming more affordable or even becoming free to larger portions of the population in the coming years.

Paul Farmer: A Legacy in Global HealthWomen’s Rights in Norway
Scroll to top