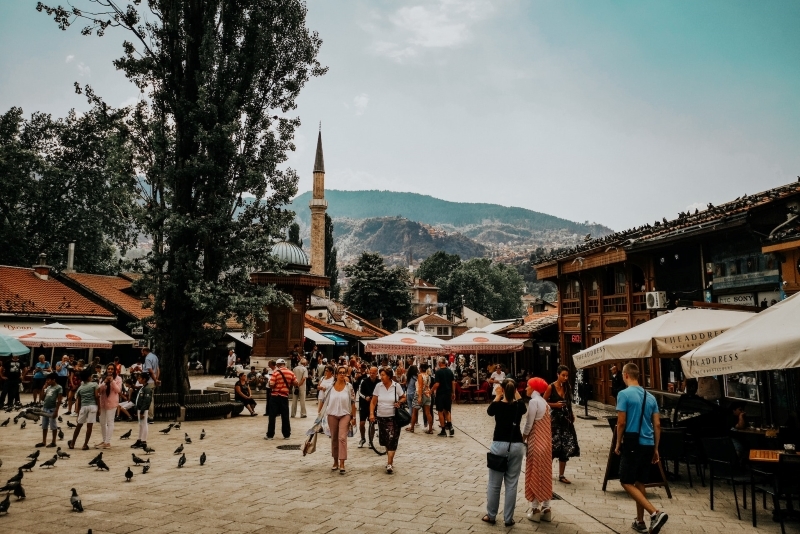 When it comes to feminine hygiene, many people bow out of the conversation. It tends to be a forgotten issue because of the taboo nature of the problem. Period poverty refers to the struggle that many women go through when they cannot afford to buy feminine hygiene products. According to MedicalNewsToday, period poverty is affecting more than 500 million people globally as of 2021. Period poverty in Bosnia and Herzegovina is very much affecting thousands of women and girls throughout the country.

Bosnia and Herzegovina is a small country located in the Balkan region with a population of around 3.2 million people. Along with its seemingly shrinking population, it is also a very rural country, with 60% of the population living in rural areas. These rural people are also twice as likely to be poor compared to a citizen who lives in a city. Poverty in this country is nothing out of the ordinary. According to Brookings, in 2015, 15% of people in the country could not afford “basic life essentials.” According to the World Bank, 50.8% of Bosnia and Herzegovina’s population is female as of 2021. This leaves thousands of women and girls in the country at a disadvantage when it comes to being able to regularly afford sanitary products.

Period products are expensive. According to Bosnia’s Statistic Agency, the average salary of an average citizen in Bosnia and Herzegovina was just about €575 a month. A tax on tampons exists in many countries in the Balkan Region that many people have called on government agencies to address, as it has become difficult for many women to afford these products. In Croatia, for example, there is a 25-cent tax on tampons. On average, women in this country spend about €25 on period-related items such as sanitary items and painkillers each time they get their period.

The lack of access to these products makes it difficult for girls to attend school. Access to period-related products allows more girls to go to school and feel comfortable in their environments without the distraction of menstruation.

In the coming school year, the U.N. has teamed up with schools in Bosnia’s Sarajevo Canton to provide access to sanitary pads and menstrual health to students in order to shrink the effects of period poverty in Bosnia and Herzegovina. The name of the campaign is “Za naše dane u mjesecu/For our days every month.” This initiative’s goal is to provide wider access to sanitary products and create awareness of this taboo issue that many people feel uncomfortable talking about. The U.N. wants to make sure that no one has to miss school days due to their period. With the launch of this new initiative, the country hopes to see fewer social inequalities because of menstruation.

How Always is Using Its Platform

Always also launched an initiative called #EndPeriodPoverty to combat the challenges that many girls face. The brand found that since the outbreak of COVID-19, “one in three girls feel less confident because they have missed school activities because of period-related issues.” The brand has teamed up with retailers to donate its products to countries in need with purchases of its products at participating retailers. It also launched the hashtag to bring awareness to this issue so people can post under the hashtag to their followers to make others aware. Though Always does not have a specific campaign in Bosnia and Herzegovina, the brand’s initiative is fighting period poverty on a global scale.

Period poverty in Bosnia and Herzegovina seems to be shrinking with the help of these different initiatives. The U.N. campaign started in September 2022 and will continue through the school year until May 2023. Through this campaign, countless school-aged girls will gain access to the necessary products and education to ensure a hopeful school year and end the stigma and shame surrounding menstruation.

How Smart Farming Could Help Increase Crop Yields for Impoverished Communit...Everything to Know About Poverty in Venezuela
Scroll to top