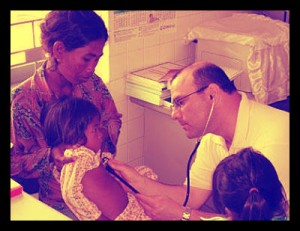 There are over 3 million children that are HIV-positive, with more than 90% of them living in Sub-Saharan Africa. The World Health Organization (WHO) recommends both efavirenz and nevirapine for first-line pediatric use in resource-limited settings such as sub-Saharan Africa. A recent study compared the first-line treatments for HIV-positive children and was conducted by the Children’s Hospital of Philadelphia and the Perelman School of Medicine at the University of Pennsylvania, along with colleagues at the Botswana-Baylor Children’s Clinical Centre of Excellence. The study found that initial treatment with efavirenz was more effective than nevirapine in suppressing the virus in children ages 3 to 16, and that nevirapine is less effective than efavirenz. Nevirapine, the less effective drug, is used much more often in countries with a high prevalence of HIV.

The study notes that nevirapine costs less than efavirenz and is more widely available in pediatric formulations, which may explain this disturbing fact. Studies that focused on adult treatment also found efavirenz to be more effective than nevirapine. Conclusively, the study states, “Given this evidence, it is very reasonable to adjust pediatric HIV treatment guidelines…more work should be done to make efavirenz a more financially viable option for children on anti-retroviral therapy in these resource-limited settings.”